The Greg D. Tranter Collection is the largest and most comprehensive collection of Buffalo Bills football history with 7,500 3D objects such as game-worn jerseys and 100,000 archival items including programs, publications, tickets, and more.

Learn about Buffalo’s sport history with the artifacts below. 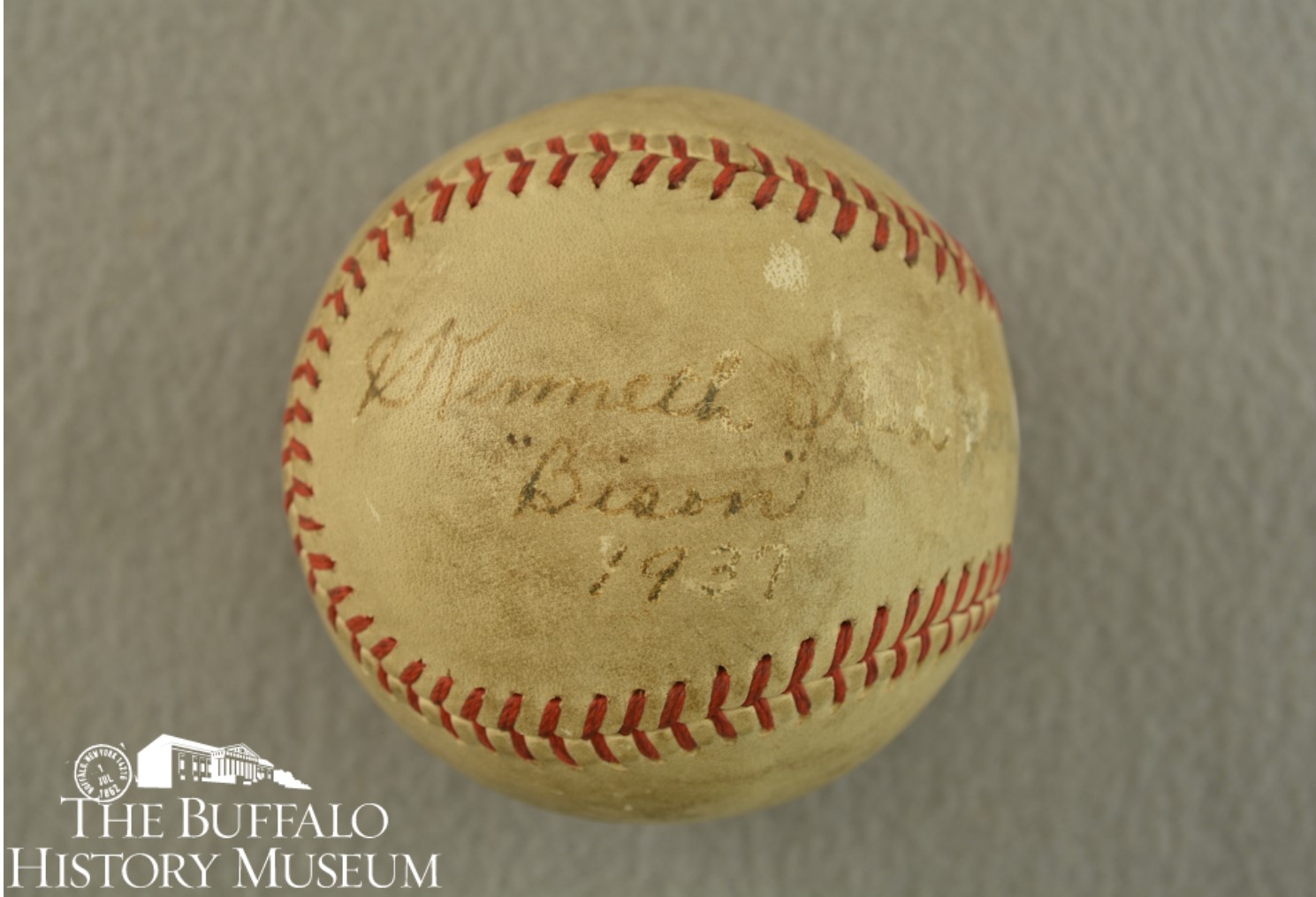 This baseball is signed by Kenneth Lowther Ash, a pitcher for the Buffalo Bisons from 1935-38. Ash pitched the year Buffalo won the International League title in 1936. 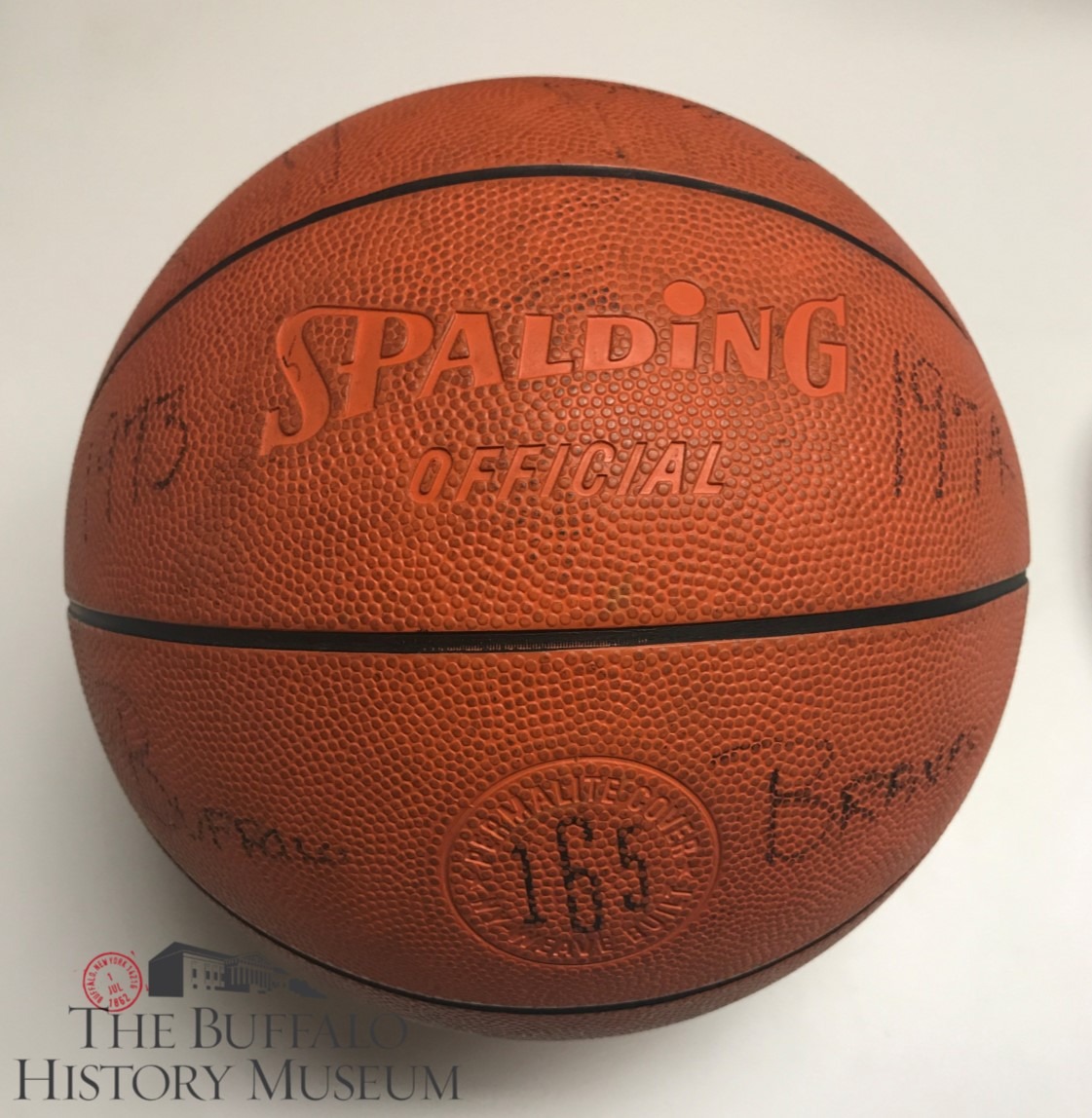 A basketball signed by the twelve members of the 1973-1974 Buffalo Braves team. 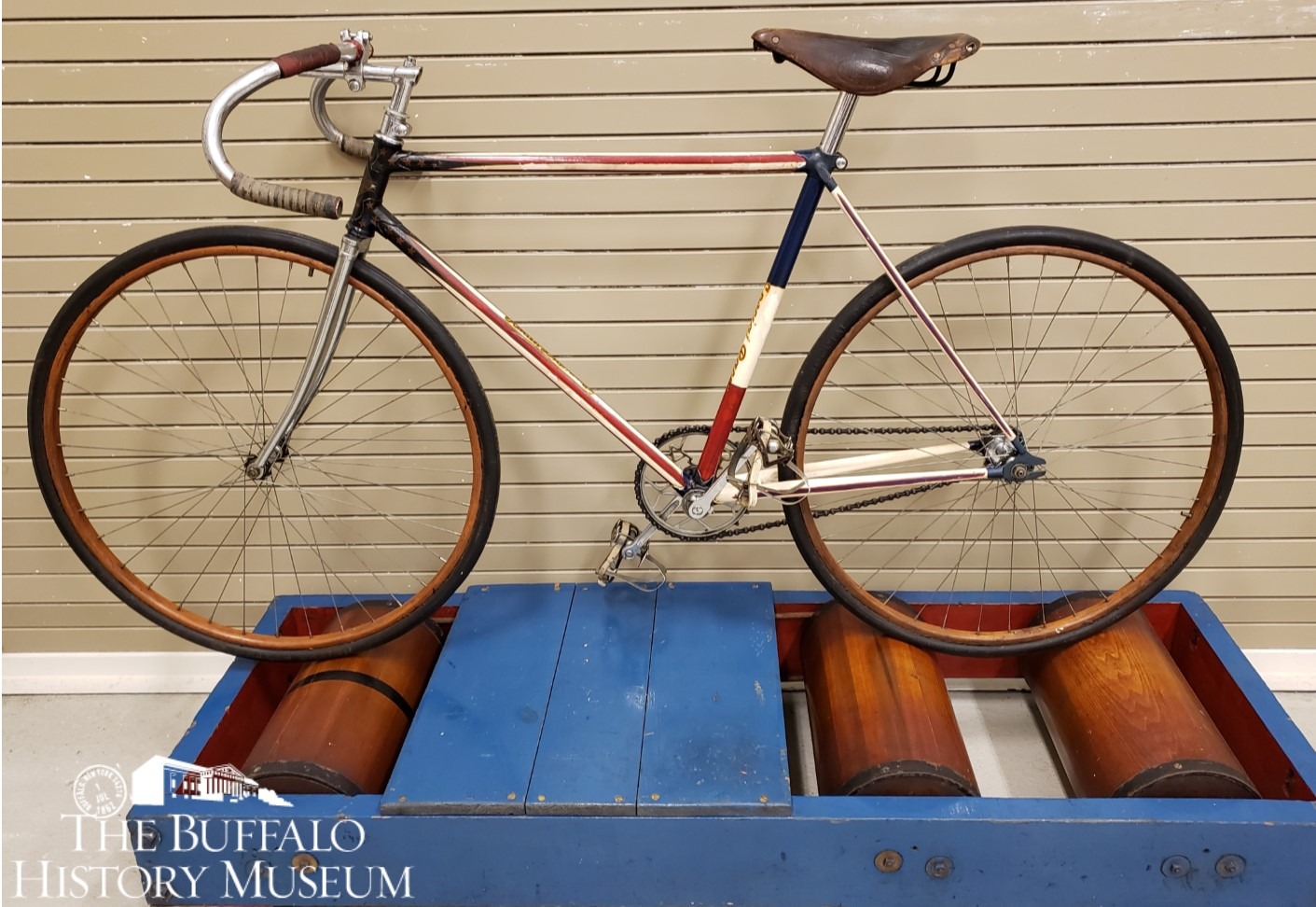 A track bicycle used by Leo Adams shown with the stationary trainer built by Adams and his uncle. In 1935, Adams set the 50 mile record with a time of two hours and two minutes using a road bicycle. 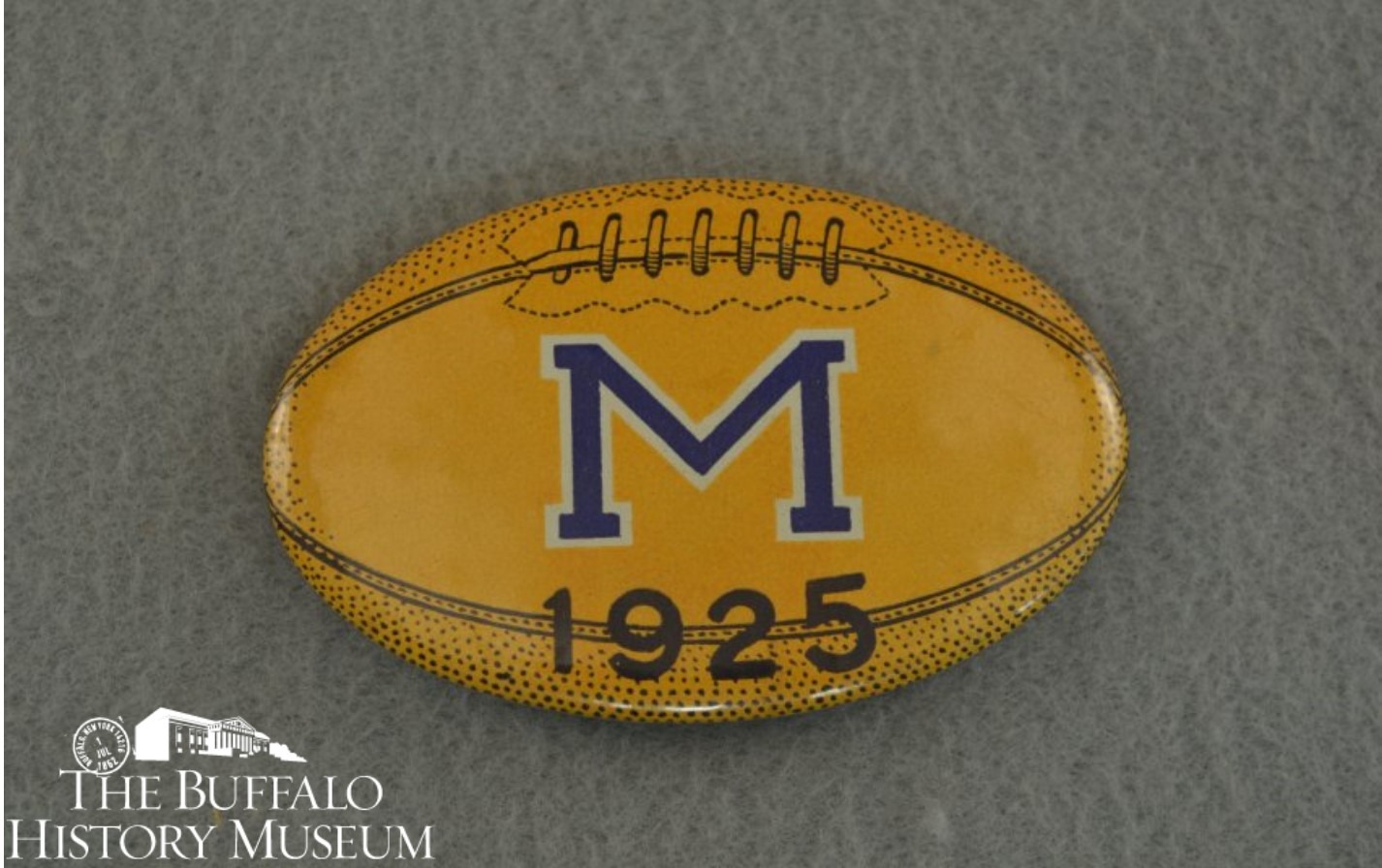 A button for the 1925 football team of Masten Park High School. Belonged to Walter H. Shafer. 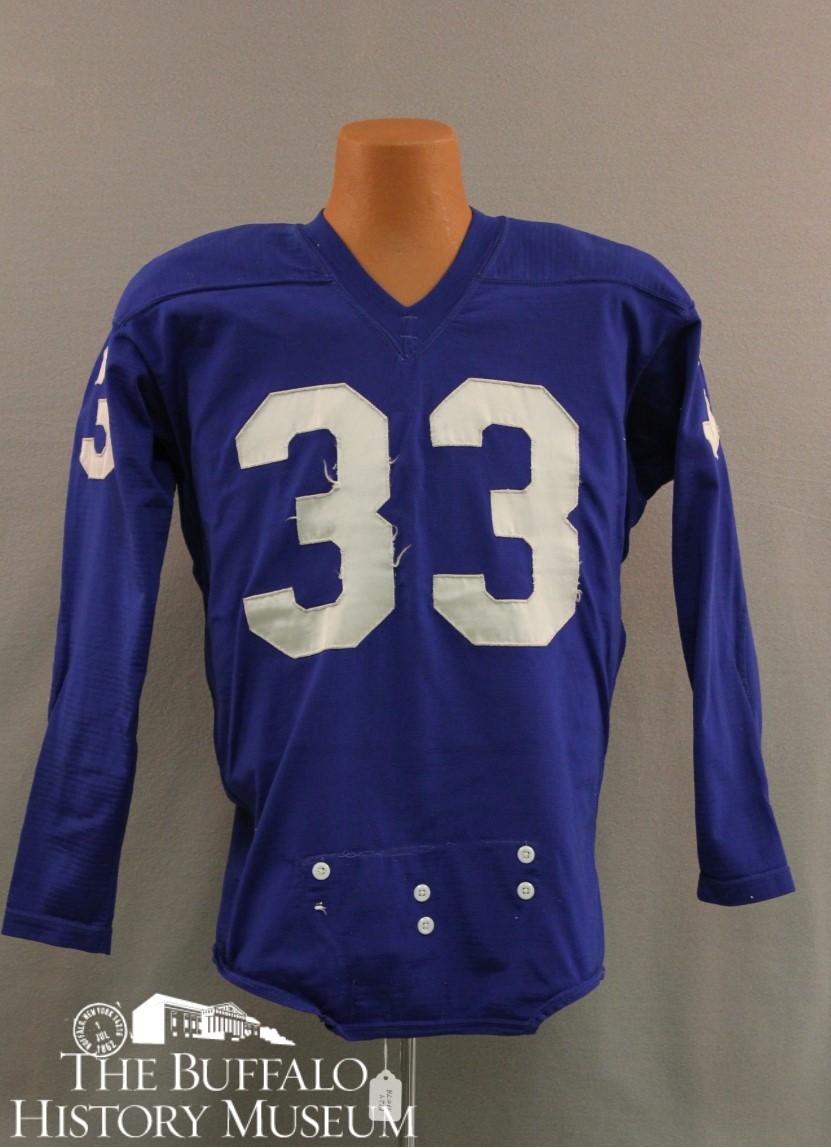 A jersey worn by Art Baker. The Buffalo Bills wore blue and silver uniforms for their first two seasons in the American Football League (AFL). 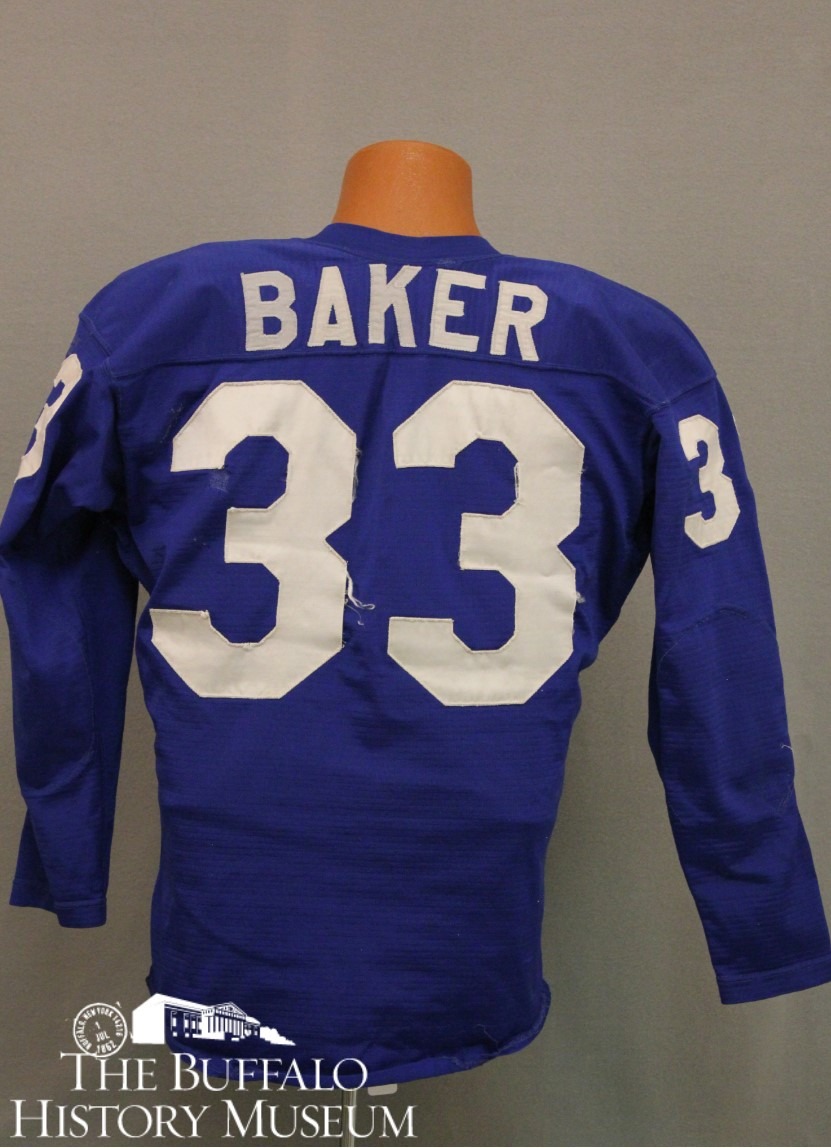 A jersey worn by Art Baker. The Buffalo Bills wore blue and silver uniforms for their first two seasons in the American Football League (AFL).

John Goetz’s ice skate blades, made in Canada by Canada Cycle & Motor Co., LTD. Goetz was a member of the Humboldt skating and hockey team. 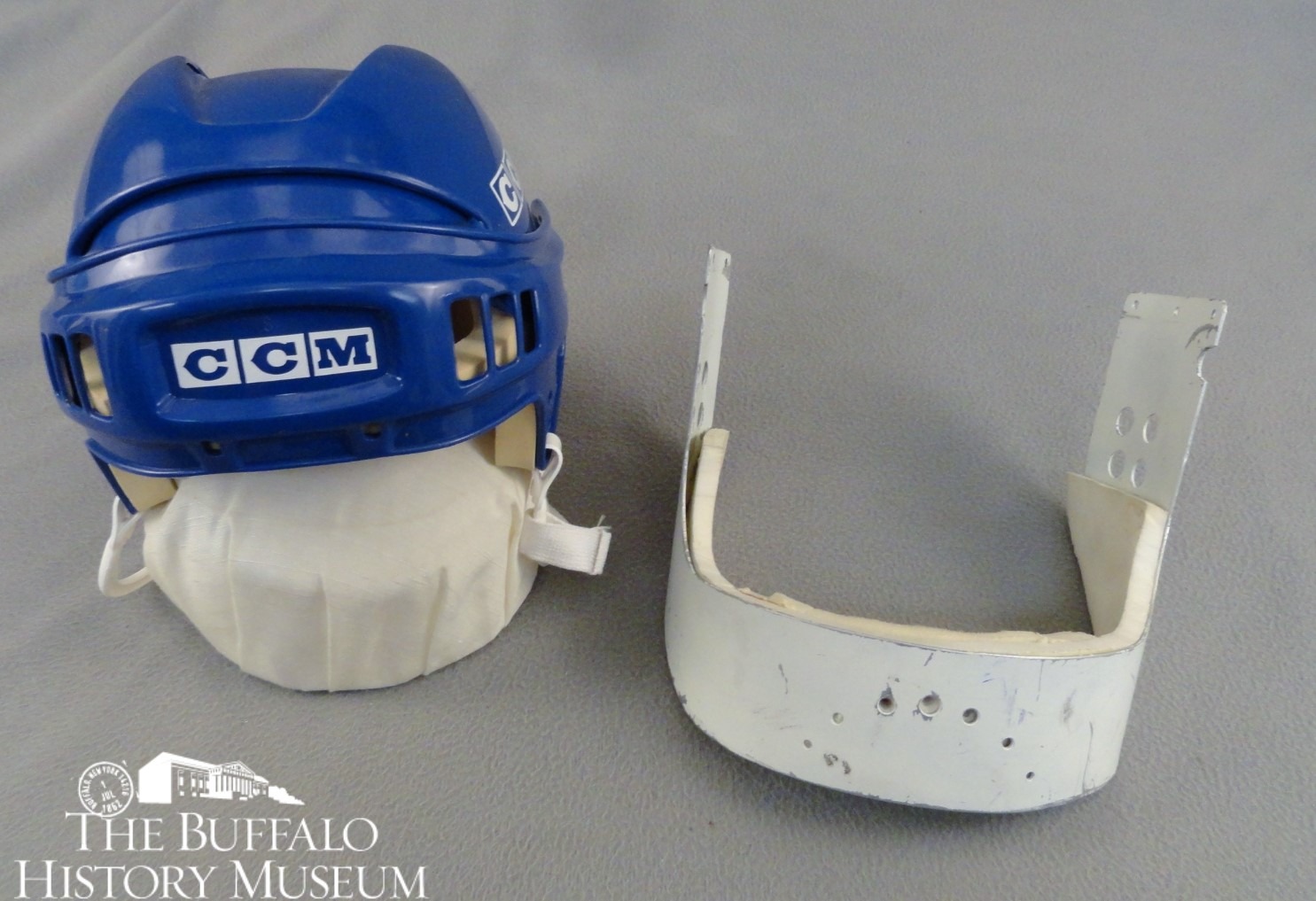 A helmet and specially designed jaw guard worn by Pat LaFontaine during the Buffalo Sabres 1991-1992 season. It was designed by Dr. John Butch and fabricated by Buffalo Forge. 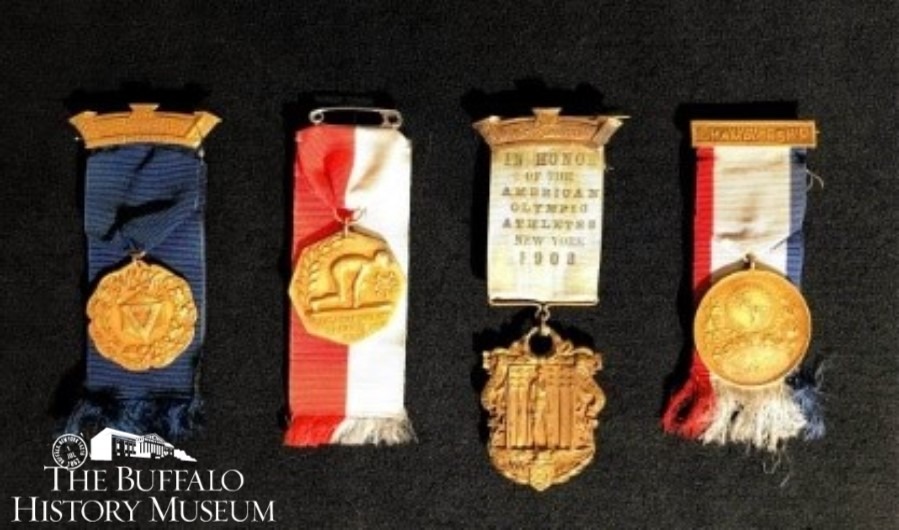 Track and field medals awarded to Adam Gunn, a Scottish immigrant who settled in Buffalo in 1893. Gunn took first place in the American Athletic Union’s All-Around competition in 1901 and 1902 and placed second in the 1904 Olympics. 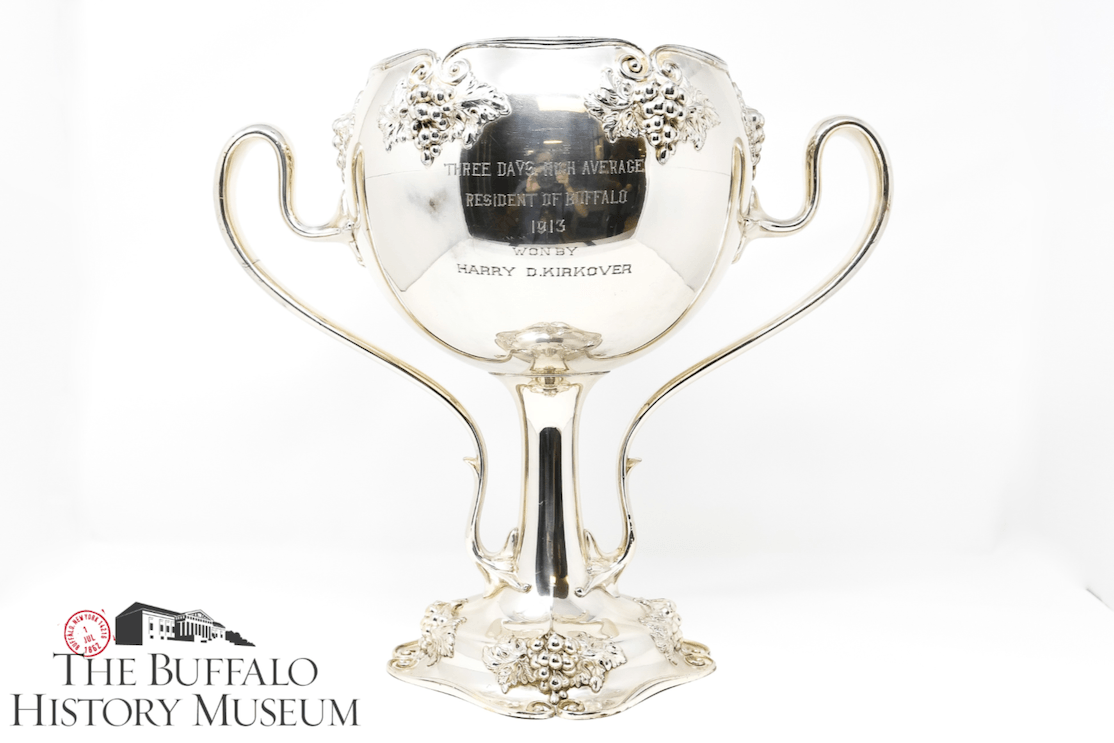 “The Mayor’s Cup” trapshooting trophy won by Harry D. Kirkover, a resident of Buffalo, in 1913. It was presented to Kirkover by Mayor Louis P. Fuhrman.

Uniform belt from the Buffalo Niagaras, the first uniformed team to play amateur baseball in Buffalo. Founded in 1857, the team was a part of the National Association of Baseball Players (NABBP).