Experiencing history with you

by remembering, discovering, and sharing our stories; sparking emotional and social connections within our unique community. 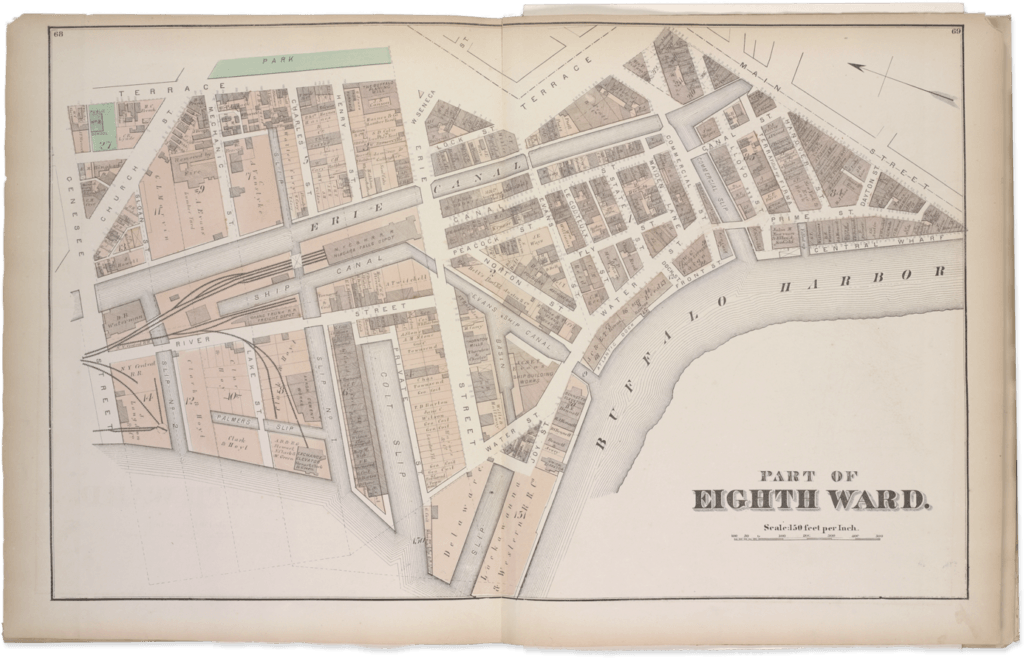 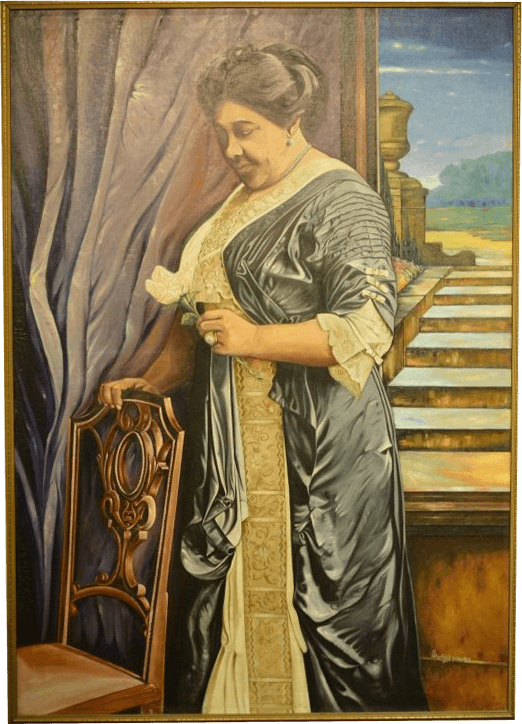 A map of buildings and owners in what we know as Canalside today. In 1872, when this map was made, Buffalo’s canal district was a dense, roiling center of commerce, industry, transportation, immigration, wealth, poverty, crime, and disease.

Portrait of Mary Burnett Talbert (1866-1923) by G. Gonzalez, a civil rights activist, educator, and WWI Red Cross nurse. Talbert was a tireless worker for human rights in the late 19th and early 20th century and is perhaps best remembered for laying the foundations for the passage of the Dyer Anti-Lynch Bills. 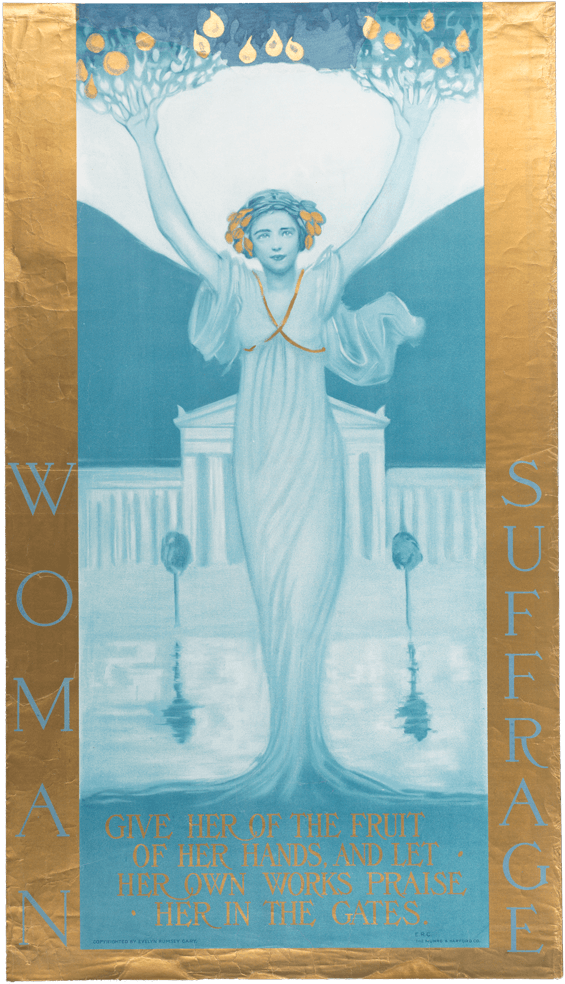 In 1901 when the Pan-American Exposition opened, the sheer volume and color of electric lights, designed to be experienced after dark, was a new experience for Americans. This view, looking north from the Triumphal Bridge, includes the Temple of Music, Machinery and Transportation Buildings, Court of Fountains, Electric Tower, Manufactures Building, Liberal Arts and Ethnology Building, and part of the Government Building.

This poster was a favorite of the women’s suffrage movement. Created by Evelyn Rumsey Cary (1855-1924) of Buffalo, it is an elegant example of Art Nouveau graphic design, depicting a female figure transformed into a fruit tree. The building behind her may be based on the east façade of the Albright-Knox Art Gallery.

The Buffalo History Museum takes the safety, well-being, preserving, and advancement of our community to be of the utmost priority. For information regarding current events including support of Black Lives Matter, COVID-19, and resources, please visit our Community Updates page.

Want to contribute to preserving history as it unfolds? Consider donating photos, journals, and more to our Chronicling COVID-19 collection! 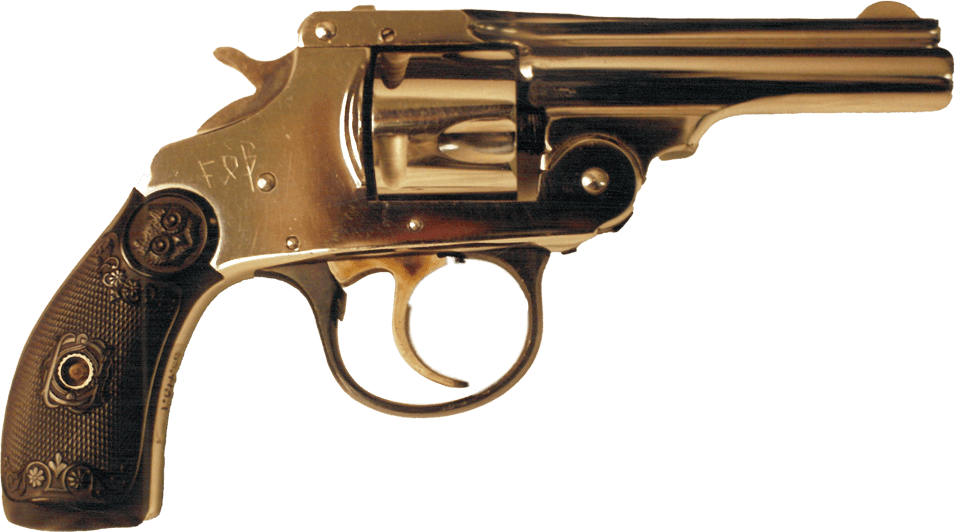 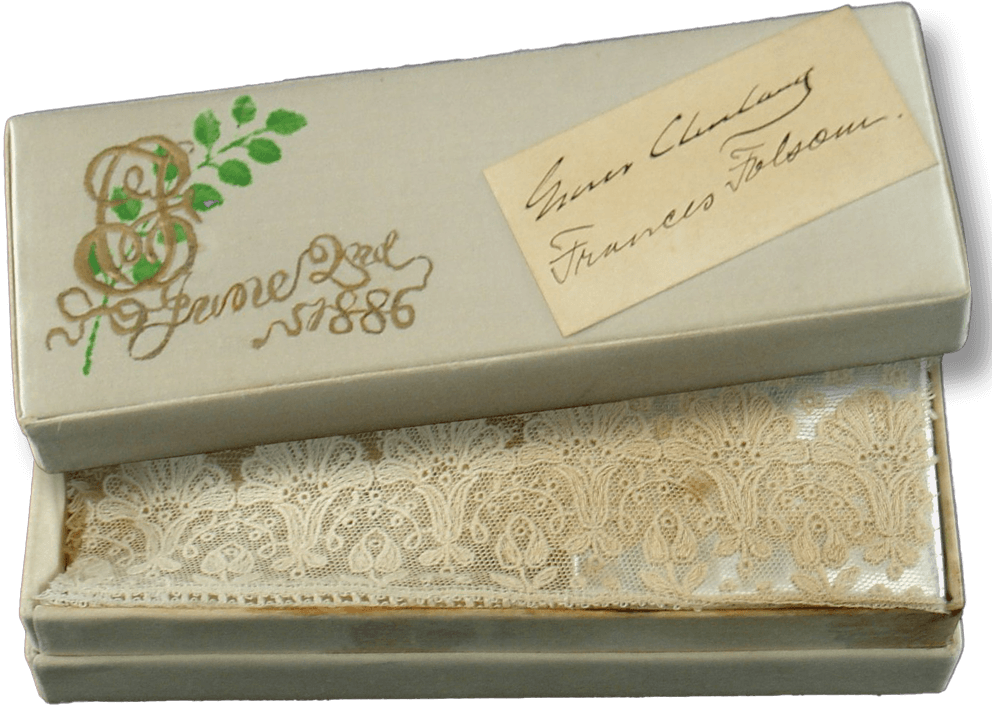 Cake box given as a wedding favor to the guests of the wedding of President Grover Cleveland to Frances Folsom in the White House on June 2, 1886. Inside the box there is still a portion of the dark cake that was given to the guests.

When you support The Buffalo History Museum, you make inspiration and discovery happen. Ensure that the stories of today and the past are preserved and accessible for generations to come. 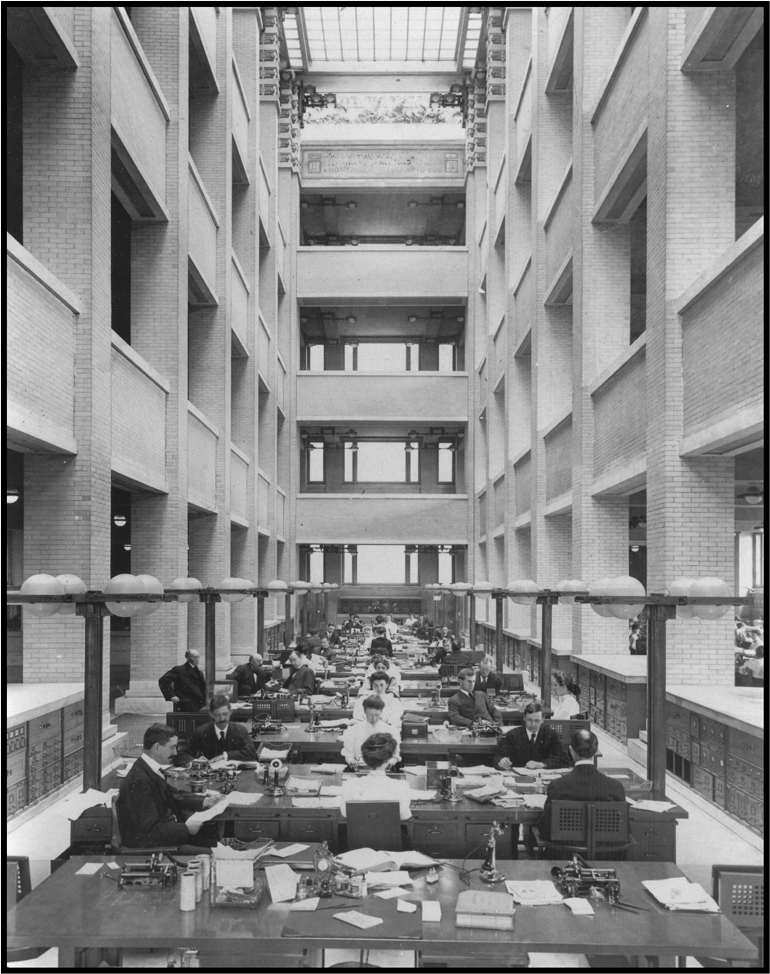 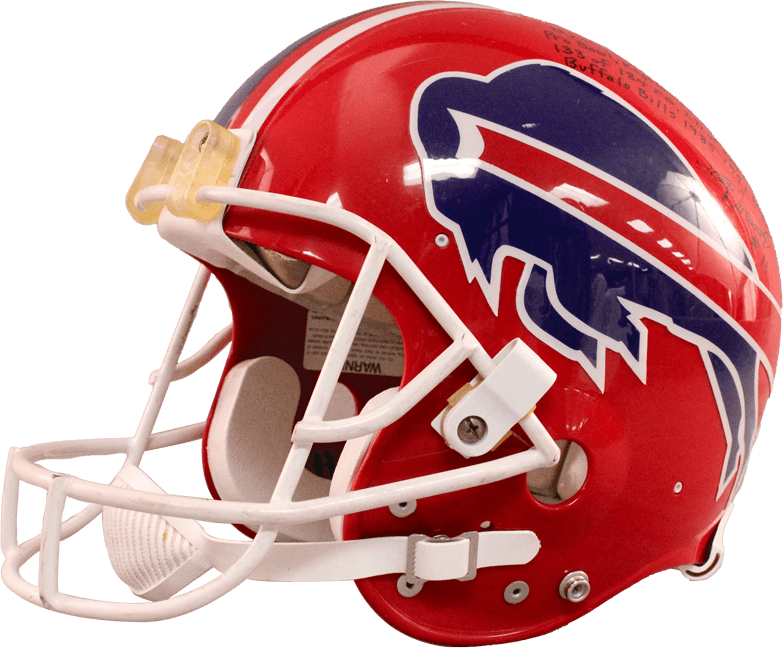 This overcoat belonged to Henry J. Miller. He was very close with his horse, Skip, and when Skip passed away in 1919, Henry had him made into this overcoat.

The Larkin Administration Building was the first major commercial commission in Frank Lloyd Wright’s career. The central court shown here provided natural light to all five floors. The Larkin Building was demolished in 1950.

There are many ways to become involved with the Museum. Two of the most popular ways are by becoming a member or volunteering.

Members support the Museum with an annual fee that includes perks such as free admission, discounted admission to programs, invitations to members-only events, and more 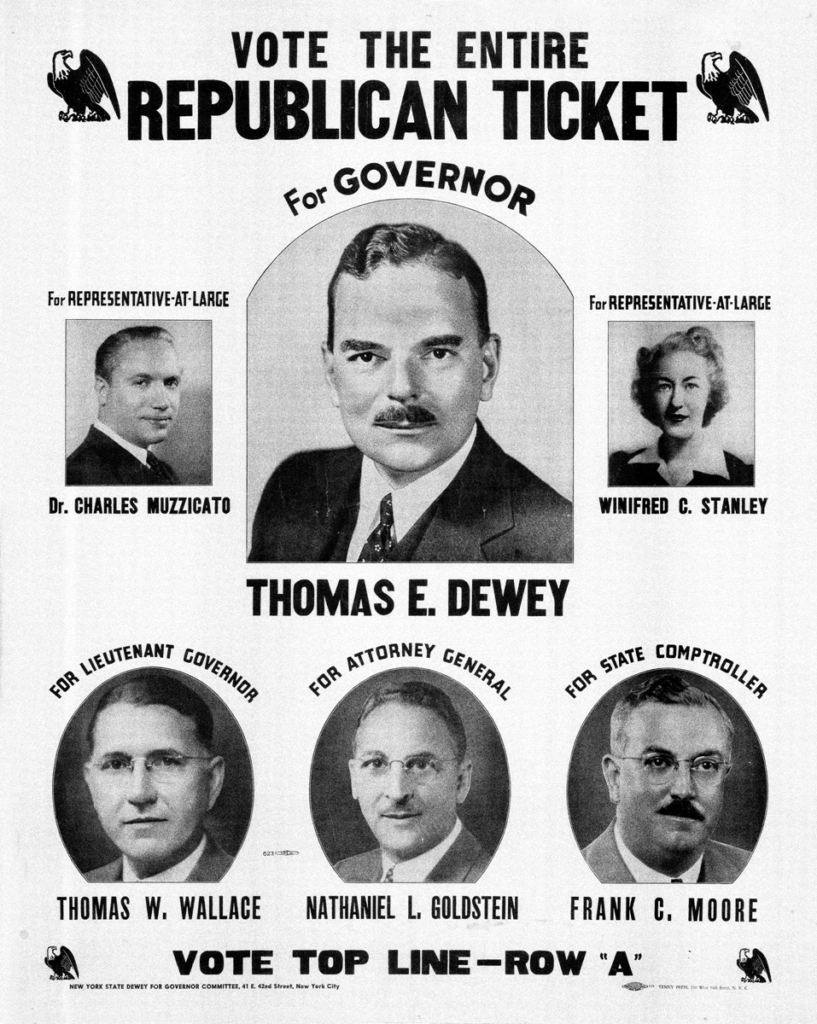 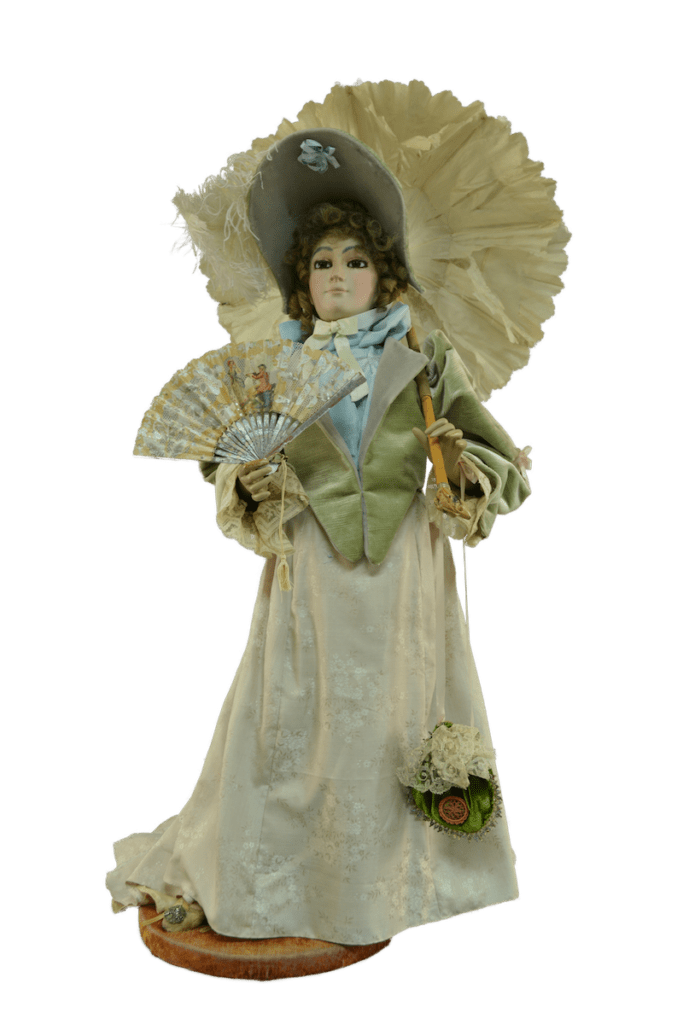 Pioneering attorney Winifred Stanley (1909-1996), who grew up in Buffalo and earned her law degree from the University at Buffalo, was elected to the U.S. Congress in 1942. In 1944, she introduced the first equal pay legislation in American history. She is buried in Mount Olivet Cemetery in Tonawanda. Donated by Mary Louise Stanley.

This is Madame Le Doll, an automaton imported from a doll show in Paris and was the highlight of the Great Buffalo Doll Show in 1895. With a turn of a key, Madame Le Doll turns her head, fans herself, twirls her parasol, breathes, and winks.

An iconic timepiece created over the span of 35 years as a passion project by local engineer Myles Hughes. Before his death in 1923, he donated it to The Buffalo History Museum to be shared with the community. Like many late 19th century monumental clocks, its design was inspired by the Strasbourg Cathedral Clock of 1842. Apostles parade around Jesus every half hour with Peter turning his back to Jesus.

On This Day In Buffalo

IRS Agent Michael Dillon killed in the line of duty, 1983

Czolgosz is Visited by Family Members for the First Time Since Arrest, 1901

St. Mary's Institute for the Instruction of Deaf-Mutes incorporated, 1853

The Who performs in Rich Stadium, 1982

Ground broken for the Pan-American Exposition, 1899

Tornado touches down in Tonawanda, 1898

Leon Czolgosz is sentenced to death, 1901

Become a Member
View all events

“Buffalo is A-Wheel: Parades, Runs and the Buffalo Bicycling Century Ride of 1888” with Dr. Claire Schen