Explore artifacts related to the Erie Canal below. 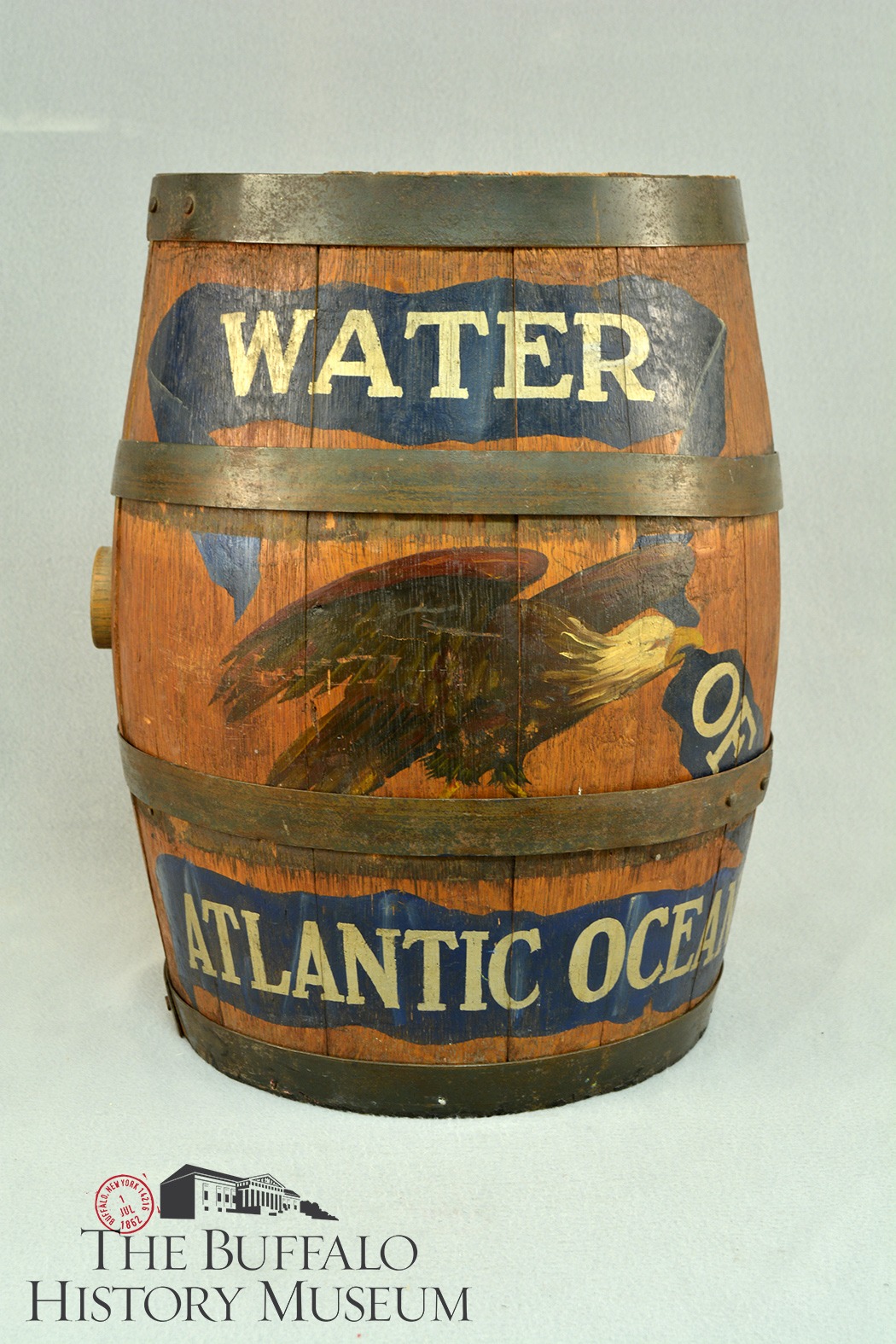 A reproduction of the wooden barrel used to transport water from the Atlantic Ocean to Lake Erie on the Erie Canal. This was made and used for events during the 1926 centennial marking the completion of the Erie Canal. 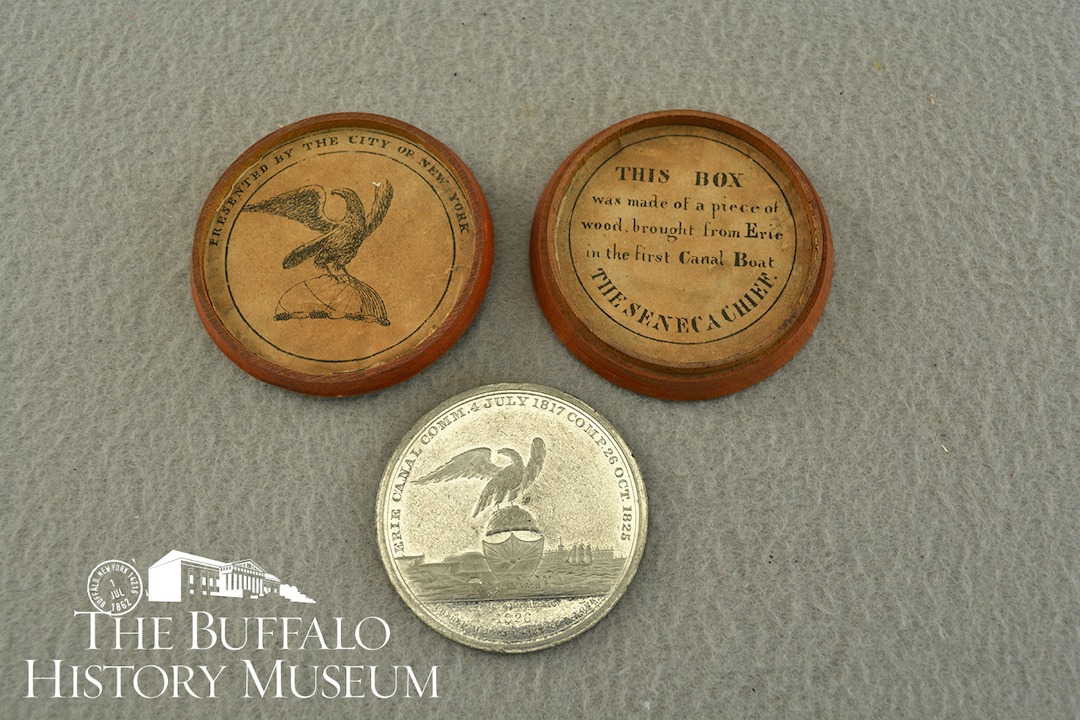 A commemorative medal struck to commemorate the completion of the Erie Canal in 1825. Each medal was presented in a round wooden box made out of wood brought from Lake Erie to N.Y.C. in the first canal boat, "The Seneca Chief.” 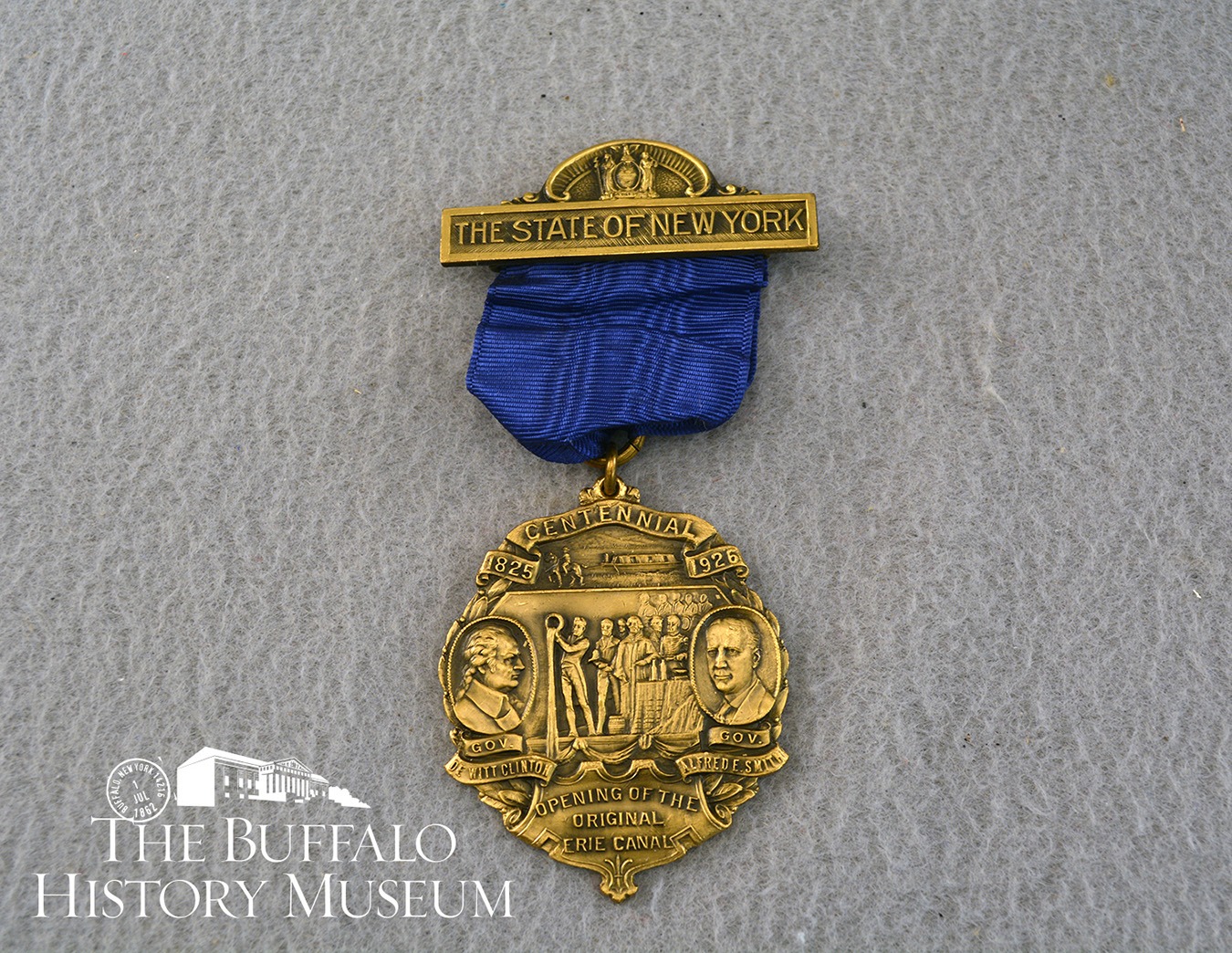 This ribbon badge was created to commemorate the 100th anniversary of the Erie Canal. The medal displays the emblem of New York State with portraits of Governors DeWitt Clinton and Alfred E. Smith. 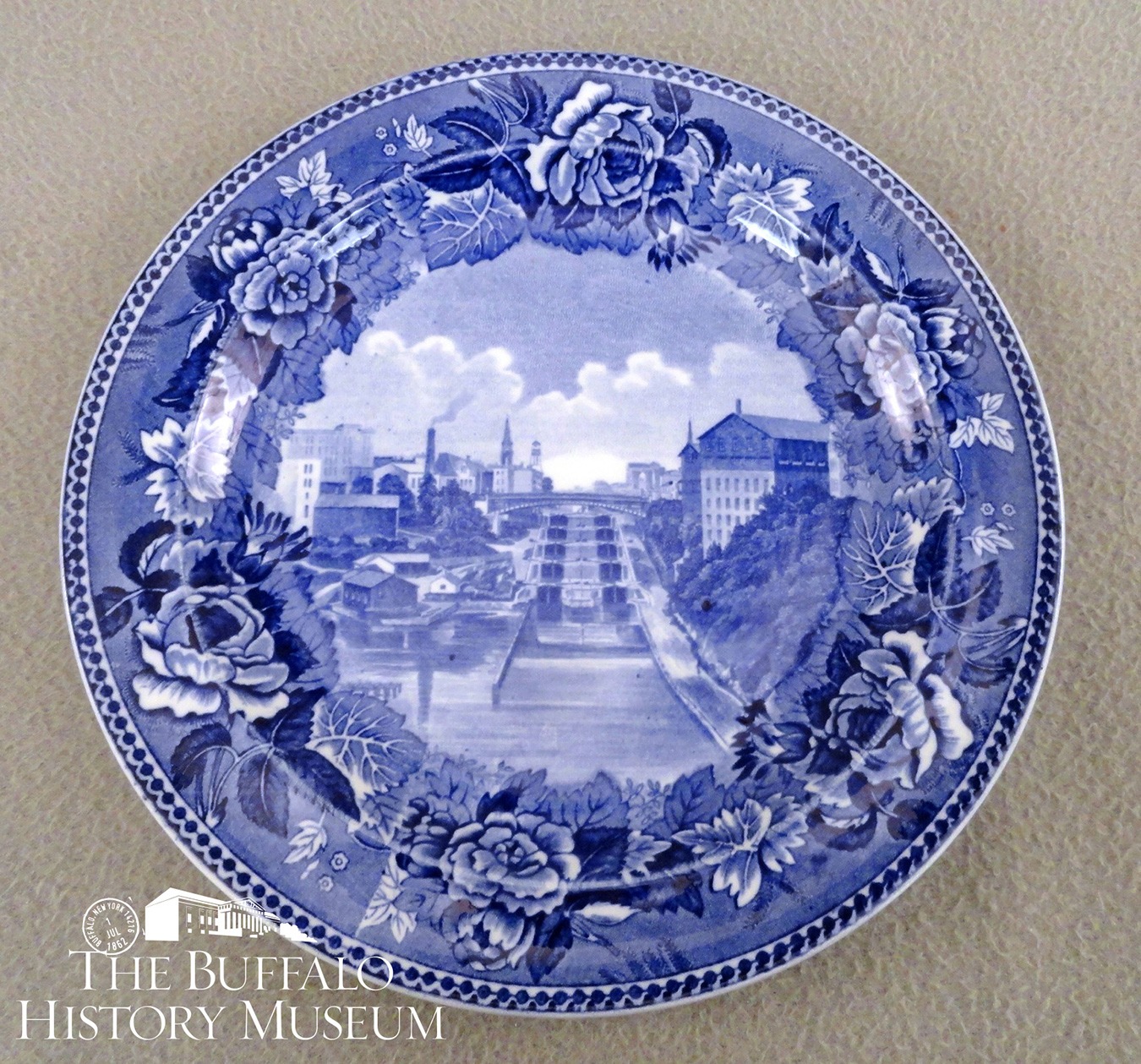 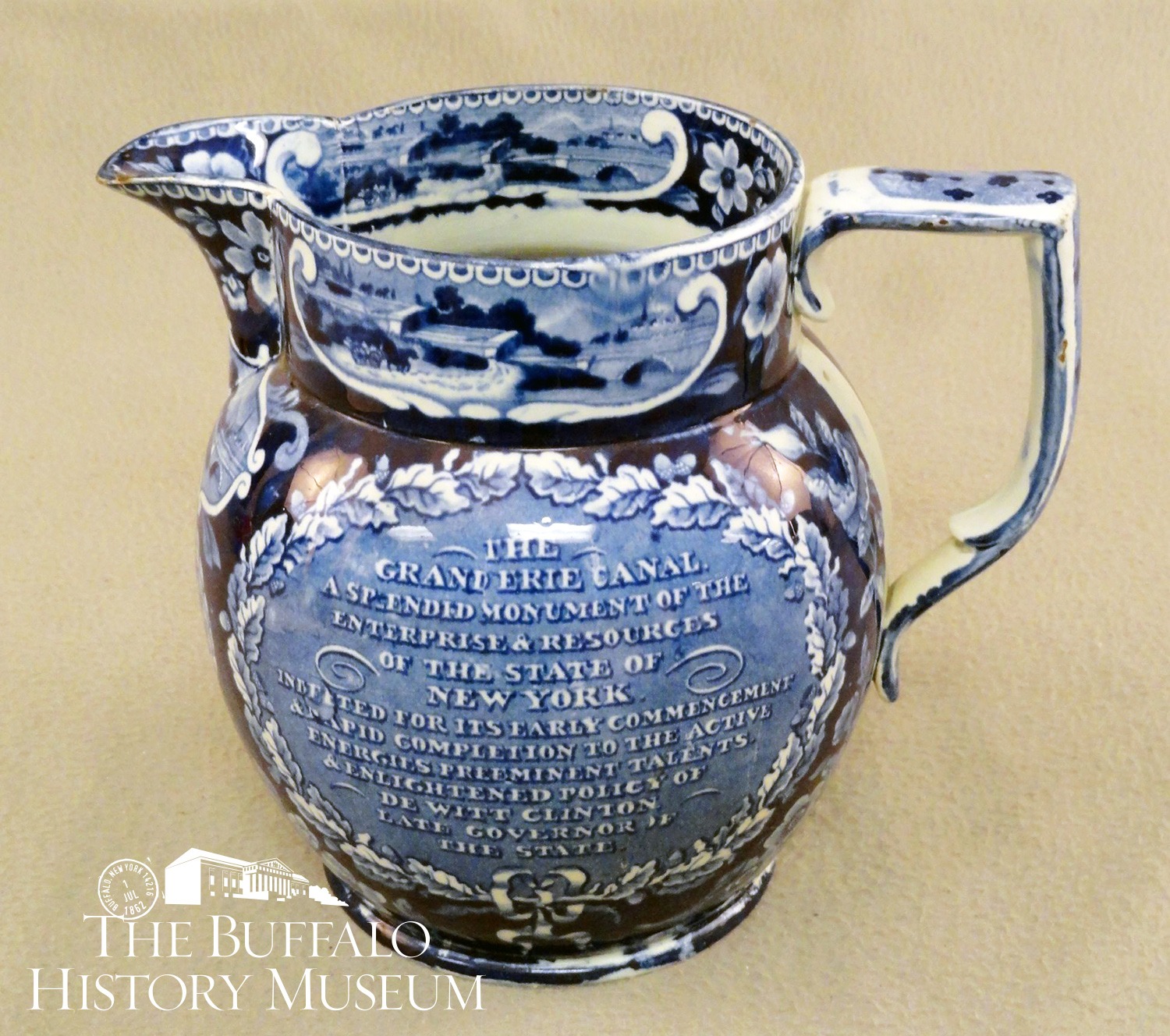 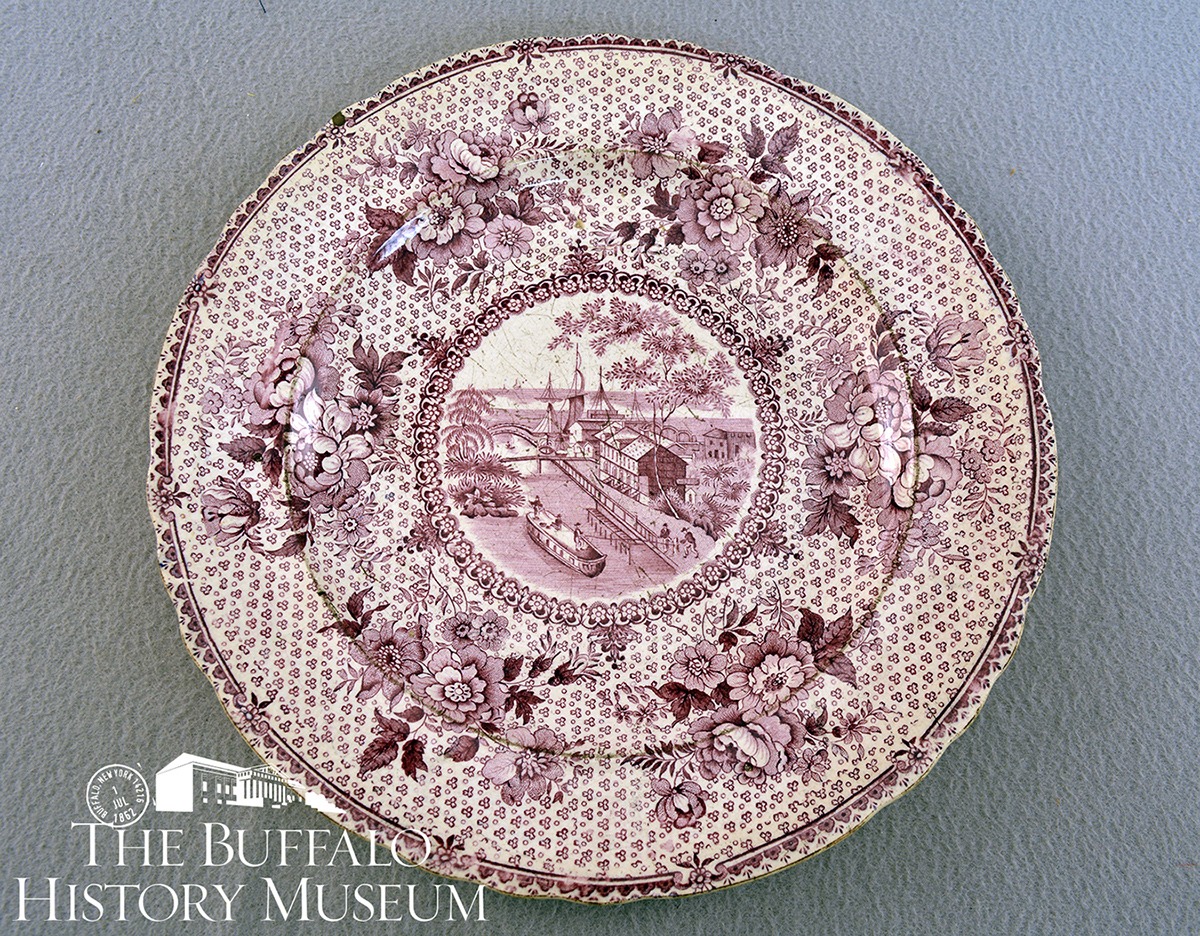 A white and plum ceramic plate with a lace border. The picture in the center depicts the Erie Canal at Buffalo.

Marriage of the Waters—Erie Canal

The sculptor, Edmond Amateis, carved 11 panels for the outside of the Buffalo History Museum to commemorate local historic events. This is a plaster relief of the Marriage of the Waters panel that shows Dewitt Clinton at the opening of the Erie Canal. 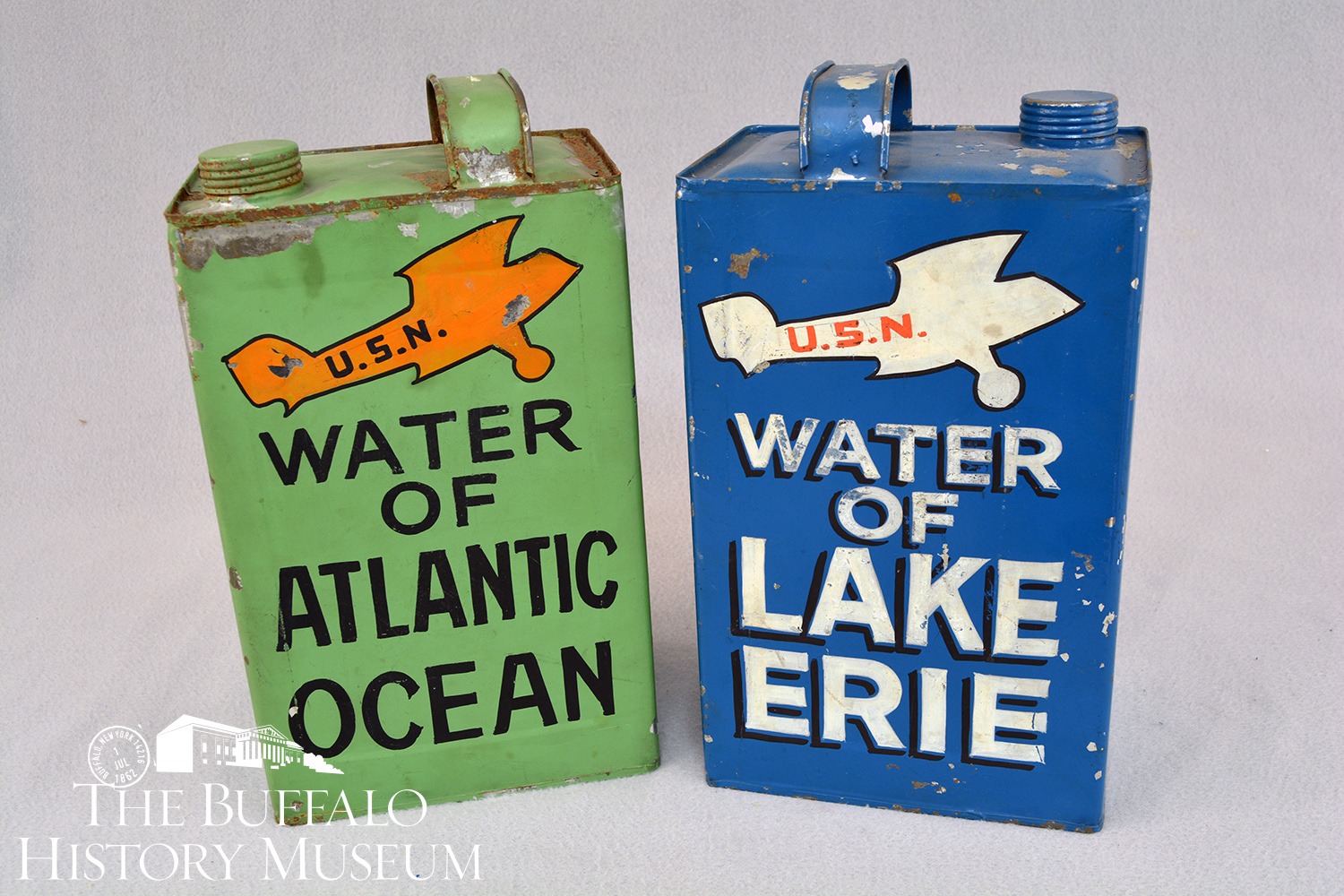 These metal canisters were filled with water from the Atlantic Ocean and Lake Erie and flown from one site to the other by a US Navy plane. This took place during ceremonies that celebrated the Erie Canal Centennial in October 1925.

Marriage of the Waters—Erie Canal