Explore artifacts of the region’s Native Americans below. 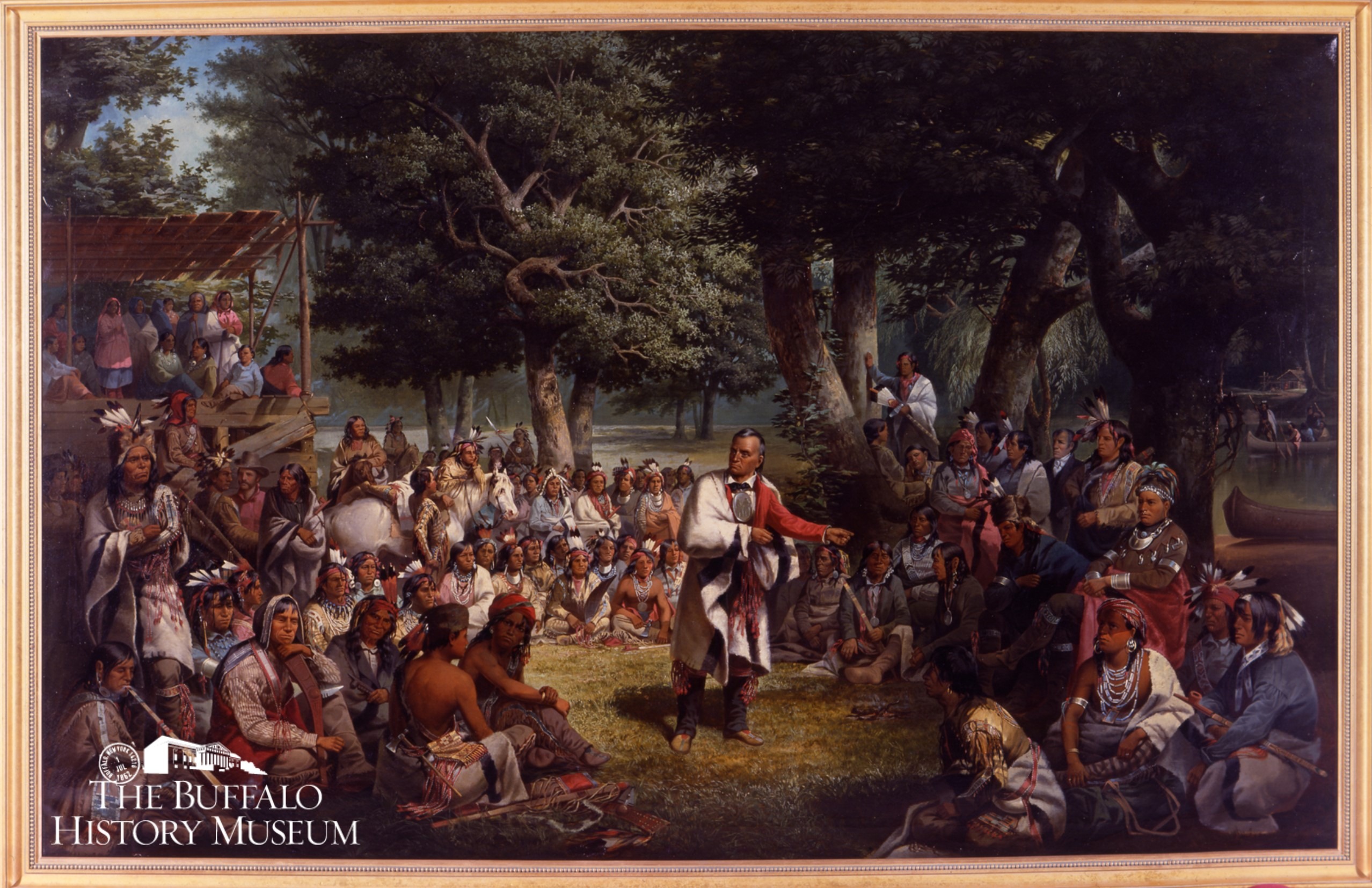 The Trial of Red Jacket

The Trial of Red Jacket depicts a scene in which Sagoyewatha or Red Jacket, a Seneca leader and orator, is on trial for witchcraft after being accused by rivals Handsome Lake and Cornplanter. Red Jacket was tried around 1801 before a council of warriors on the banks of the Niagara River. 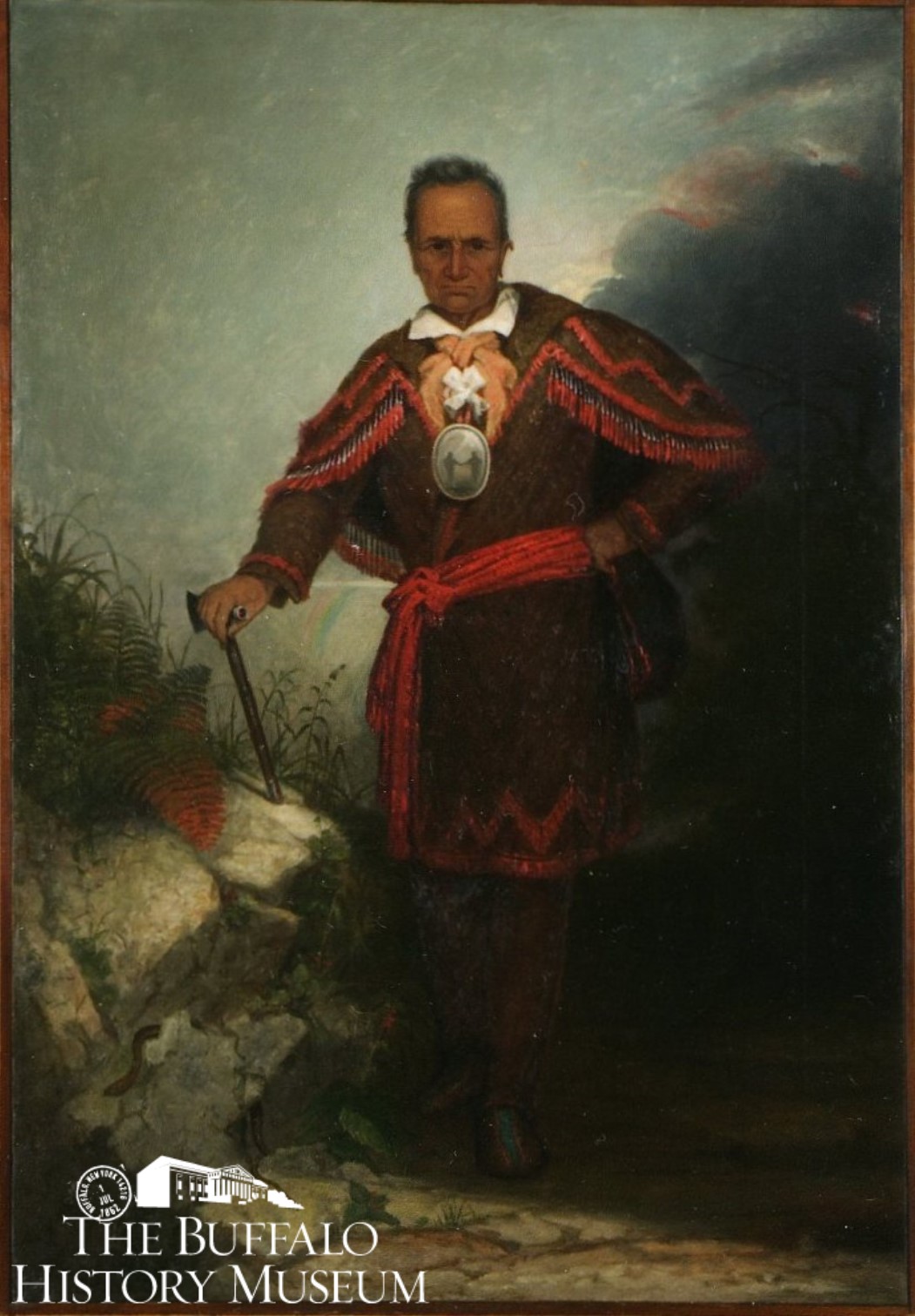 A birdstone or atlatl weight from the archaeological “Woodland Period” in Western New York. 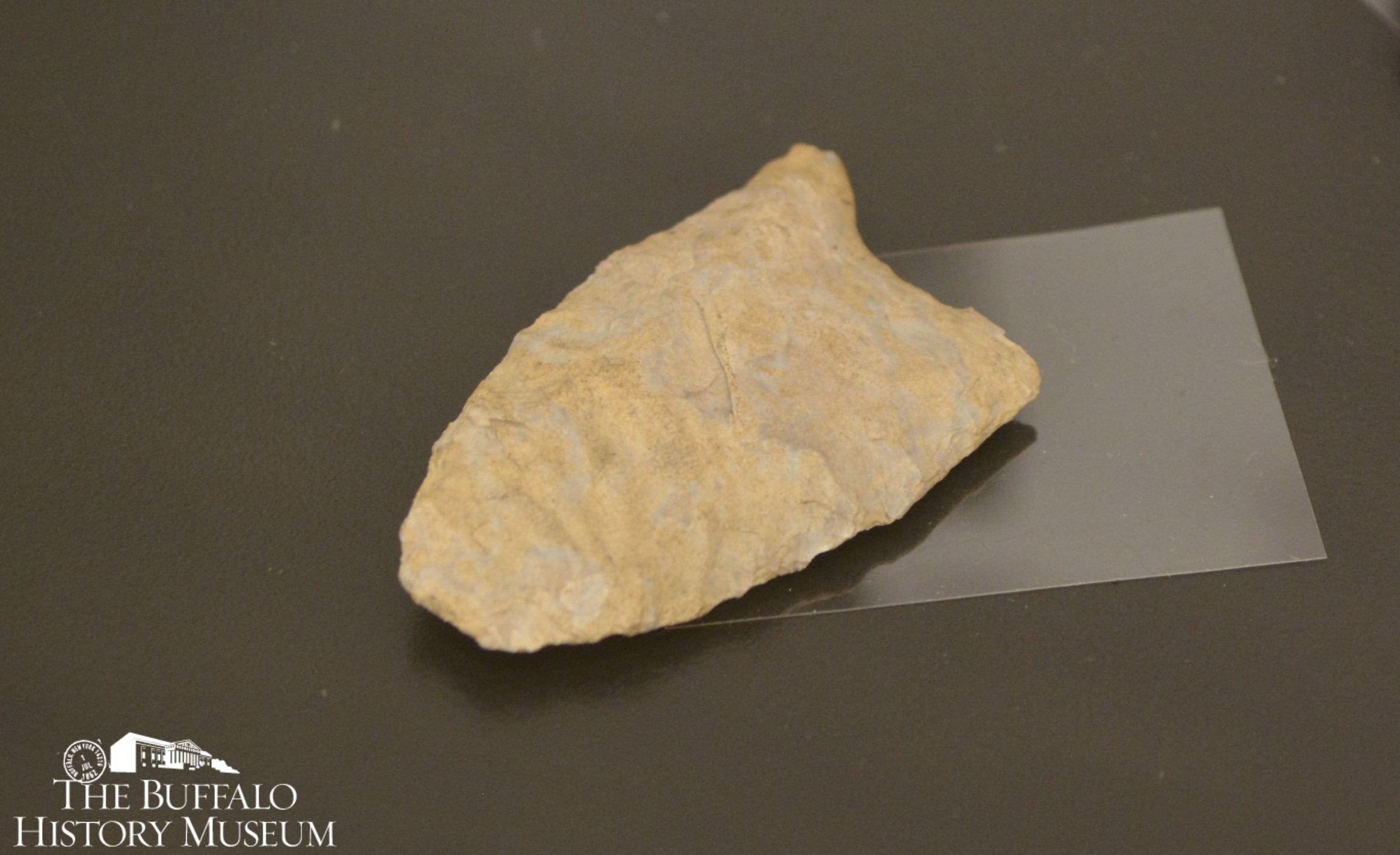 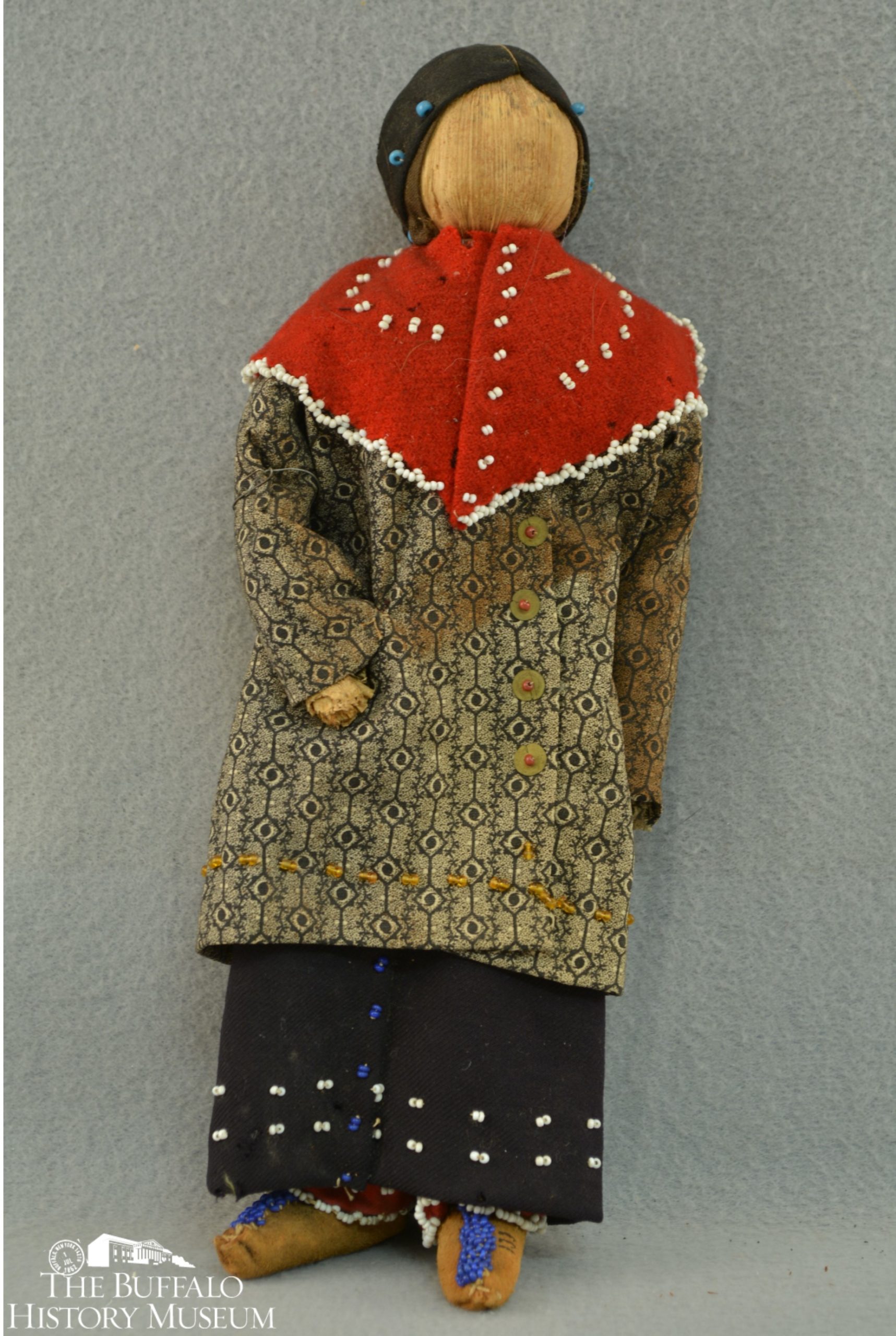 A Seneca corn husk doll made by Mrs. Poodry on Tonawanda Reservation. 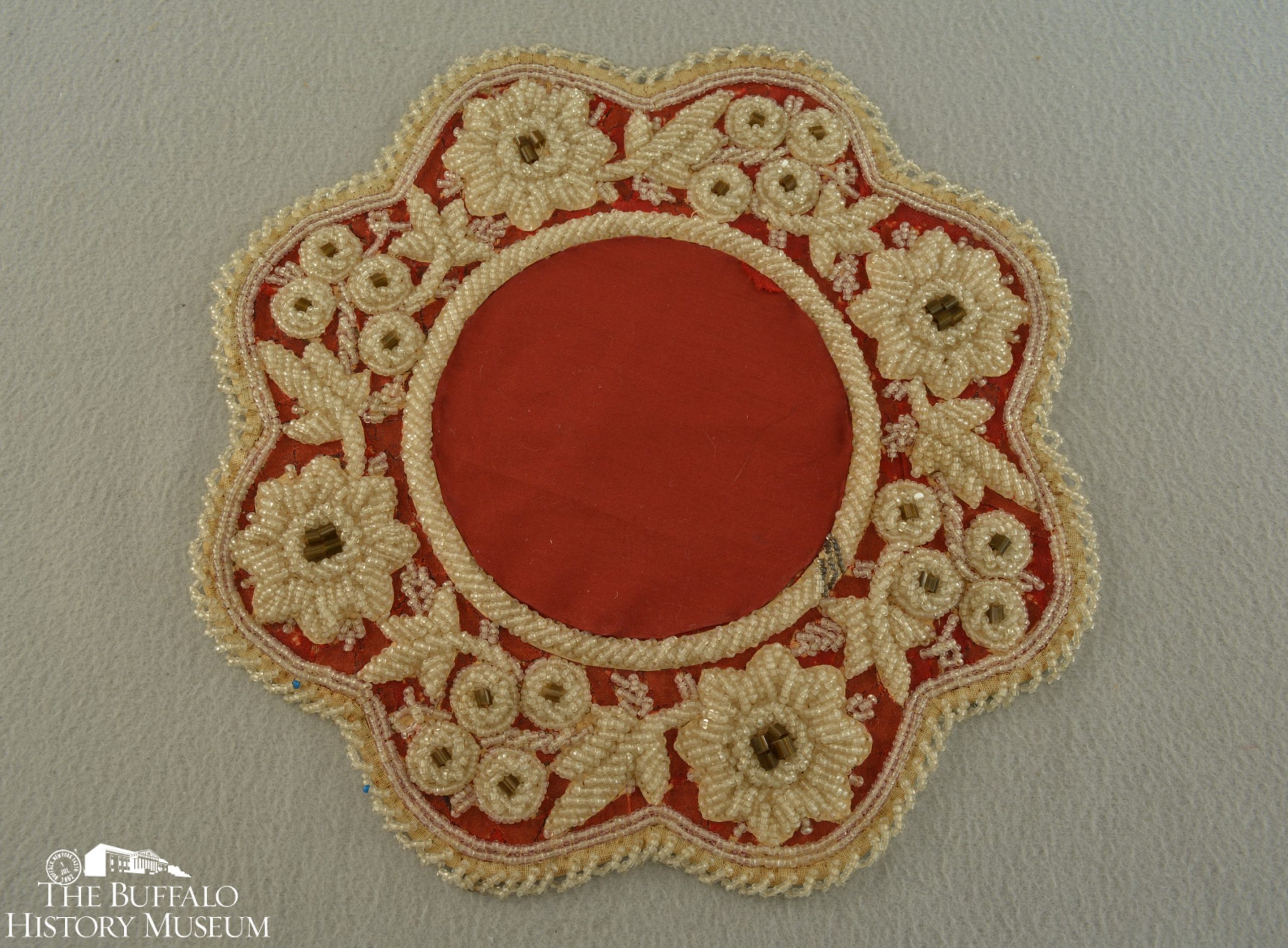 A lamp mat likely made by a Tuscarora artist as souvenir art. This 19th century style of beadwork blended traditional Haudenosaunee (Iroquois) patterns with Victorian fashion elements and household accessories. 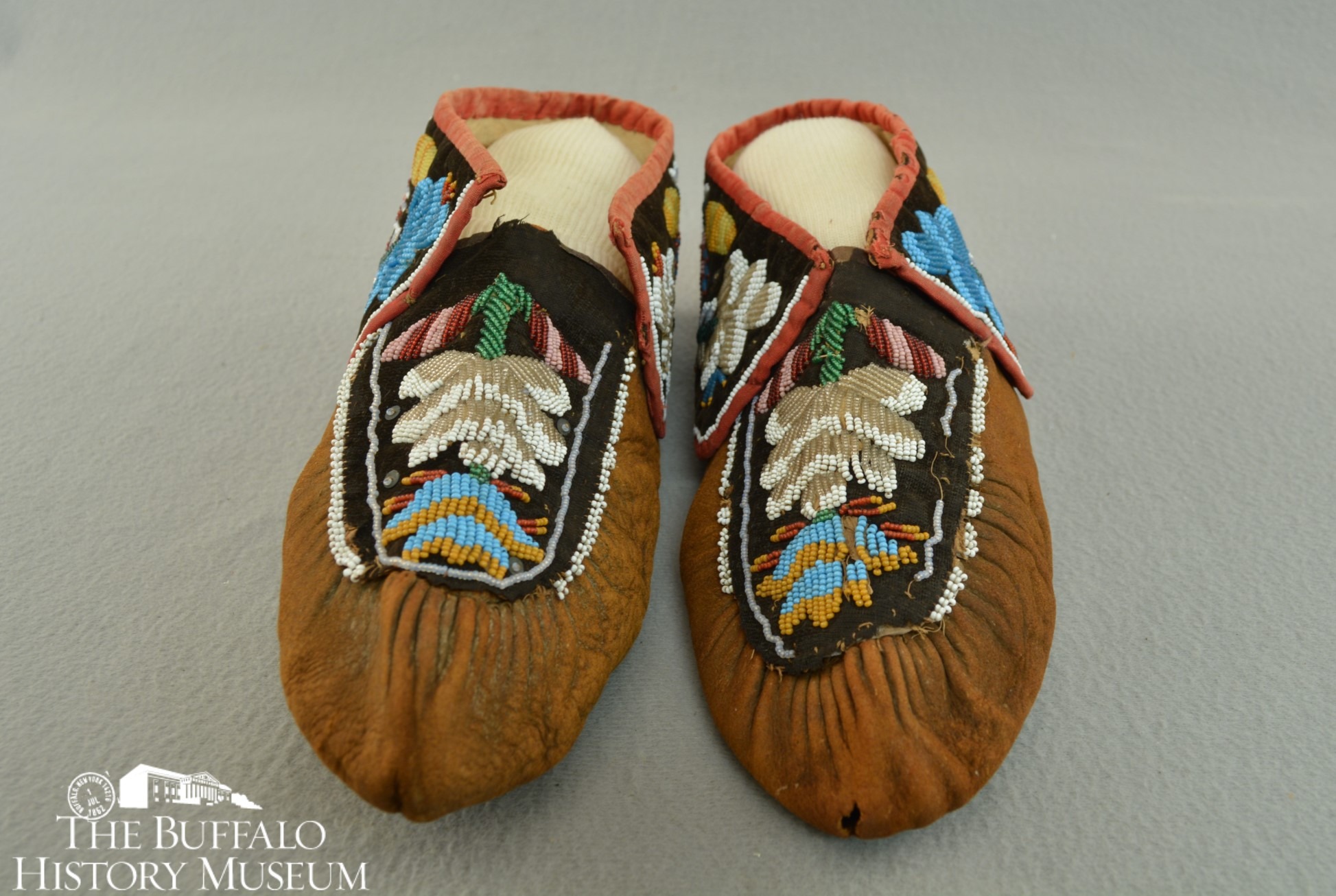 A pair of Tuscarora moccasins with extensive beadwork. 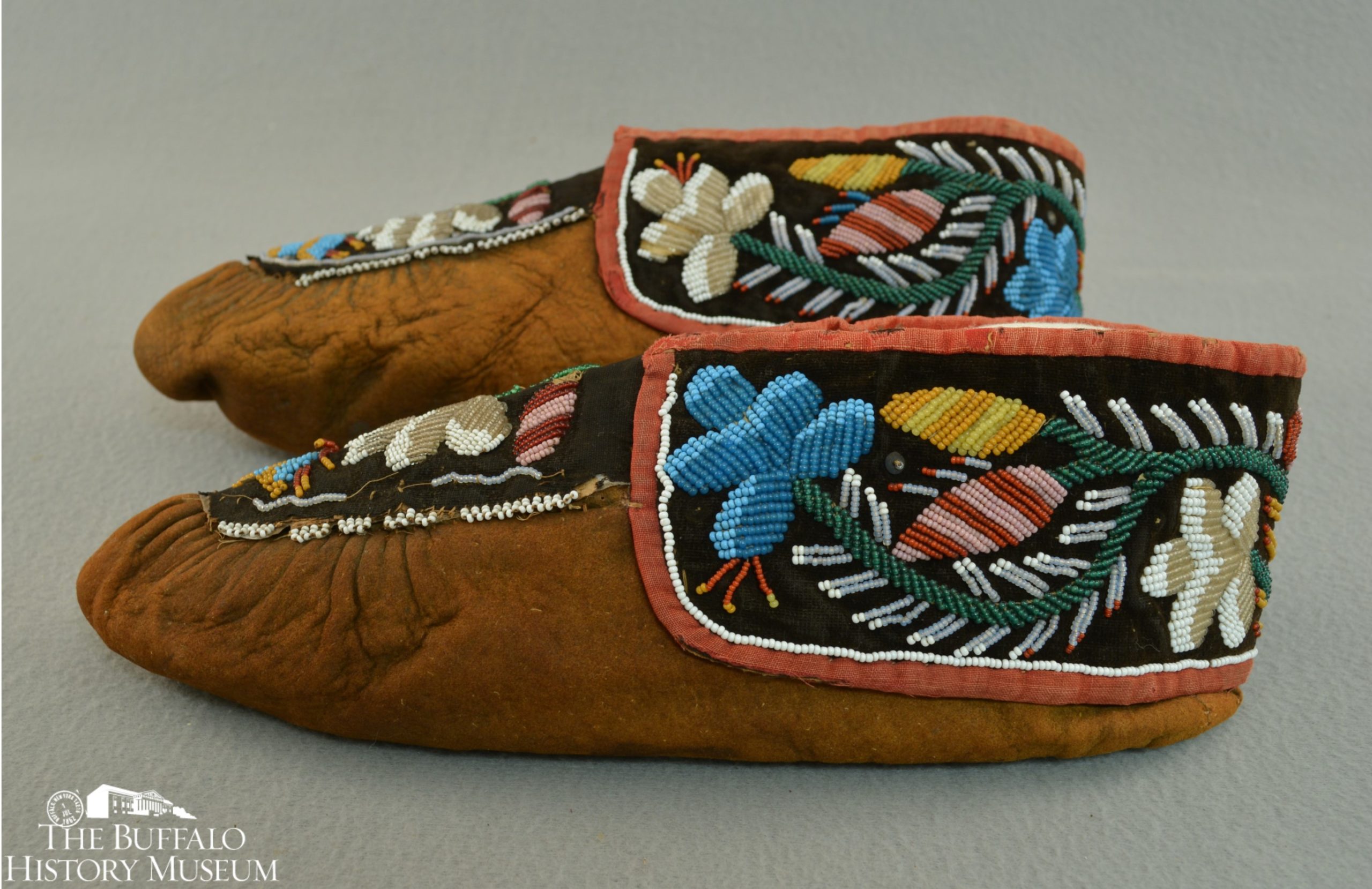 A pair of Tuscarora moccasins with extensive beadwork.

Reproduction of clothing for a Seneca woman in the 1850s, based on an 1848 daguerreotype of Caroline G. Parker (1824-1892). Parker was a prominent member of the Seneca nation and sister of General Ely Parker.

This Seneca basket, used for sifting hominy corn, was used on the Cattaraugus Reservation by Mrs. William Crow.

The Trial of Red Jacket