Learn about Buffalo’s social movements with the artifacts below. 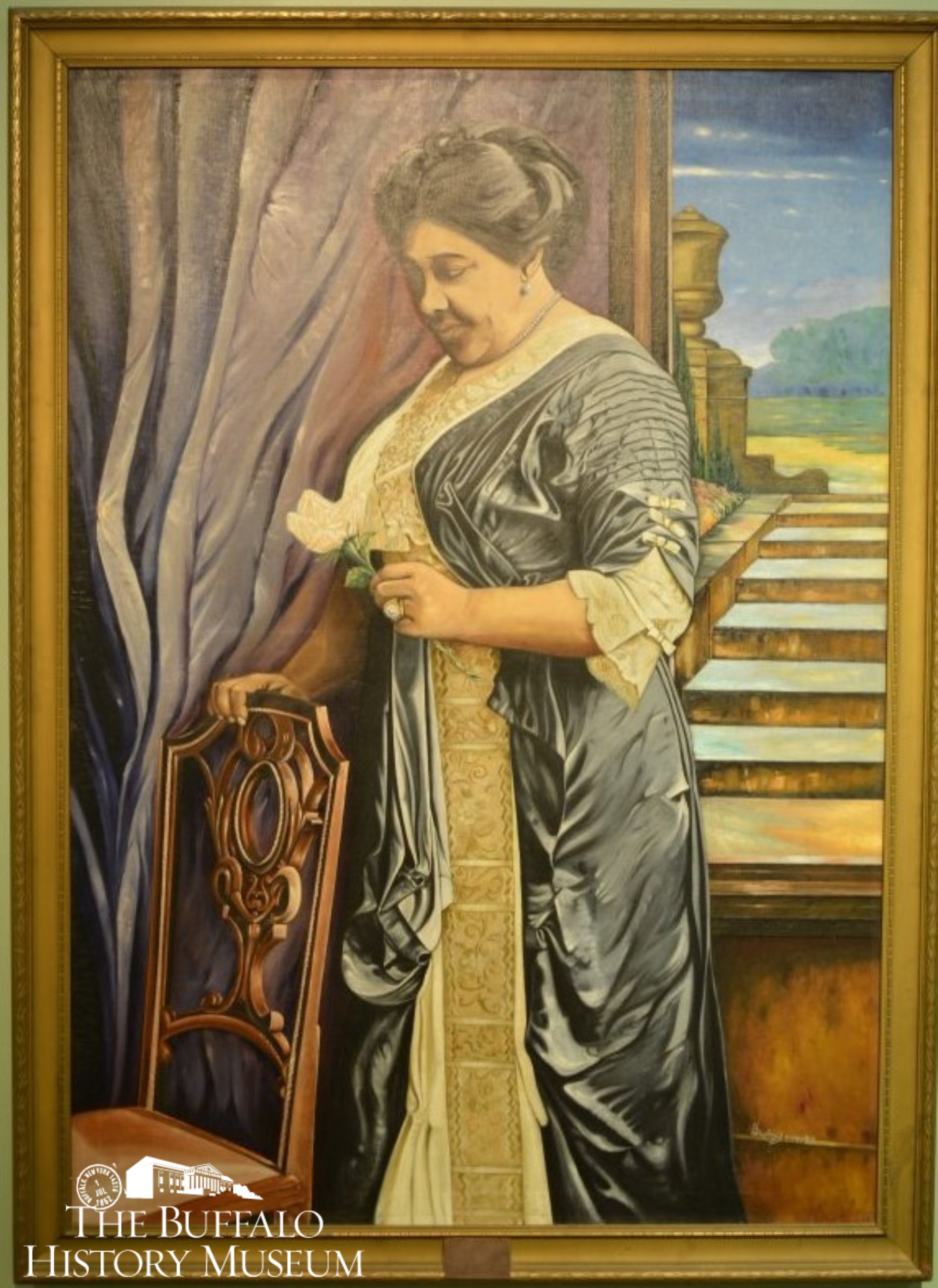 Portrait of Mary Burnett Talbert (1866-1923), a civil rights activist, educator, and WWI Red Cross secretary by G. Gonzalez. Talbert was a tireless worker for human rights in the late 19th and early 20th century and is perhaps best remembered for laying the foundations for the passage of the Dyer Anti-Lynch Bills. 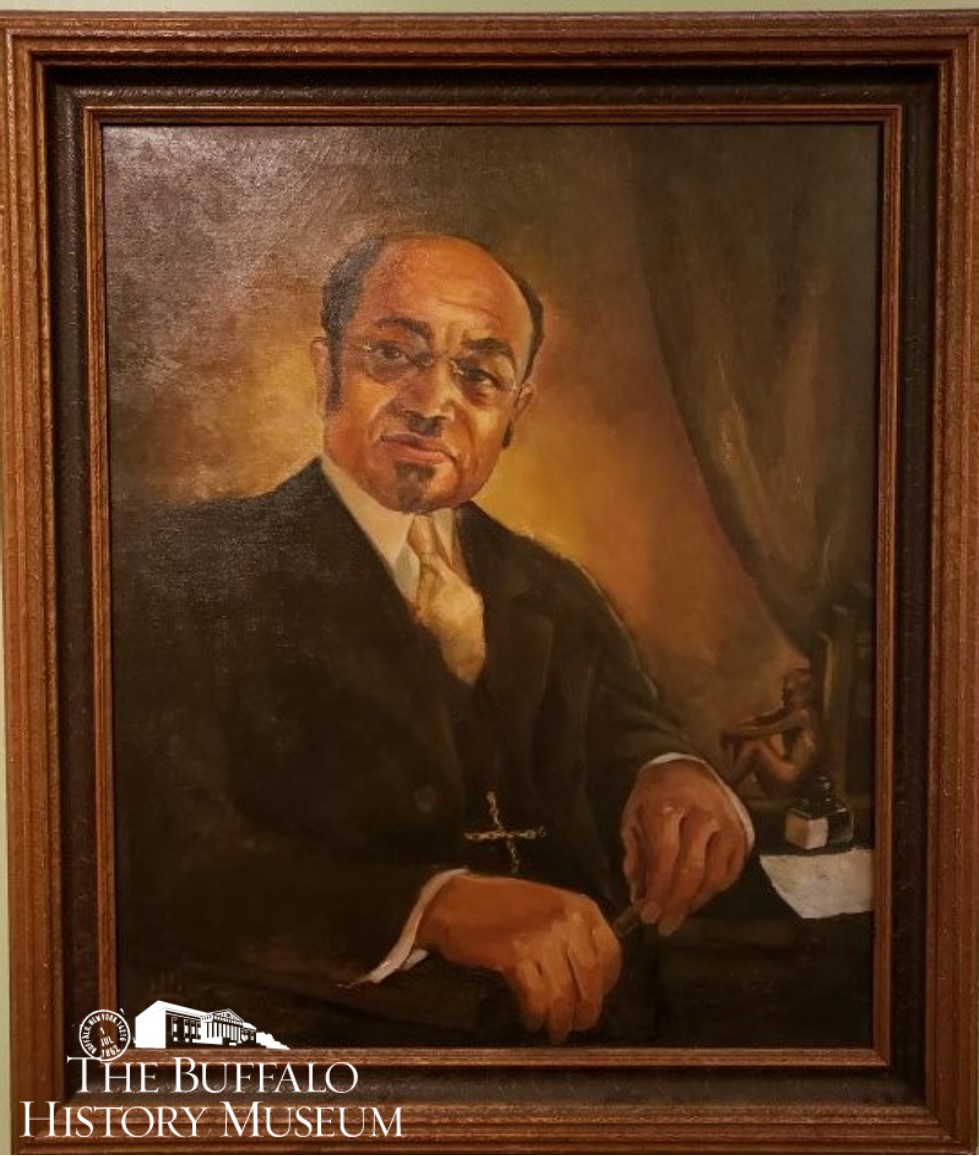 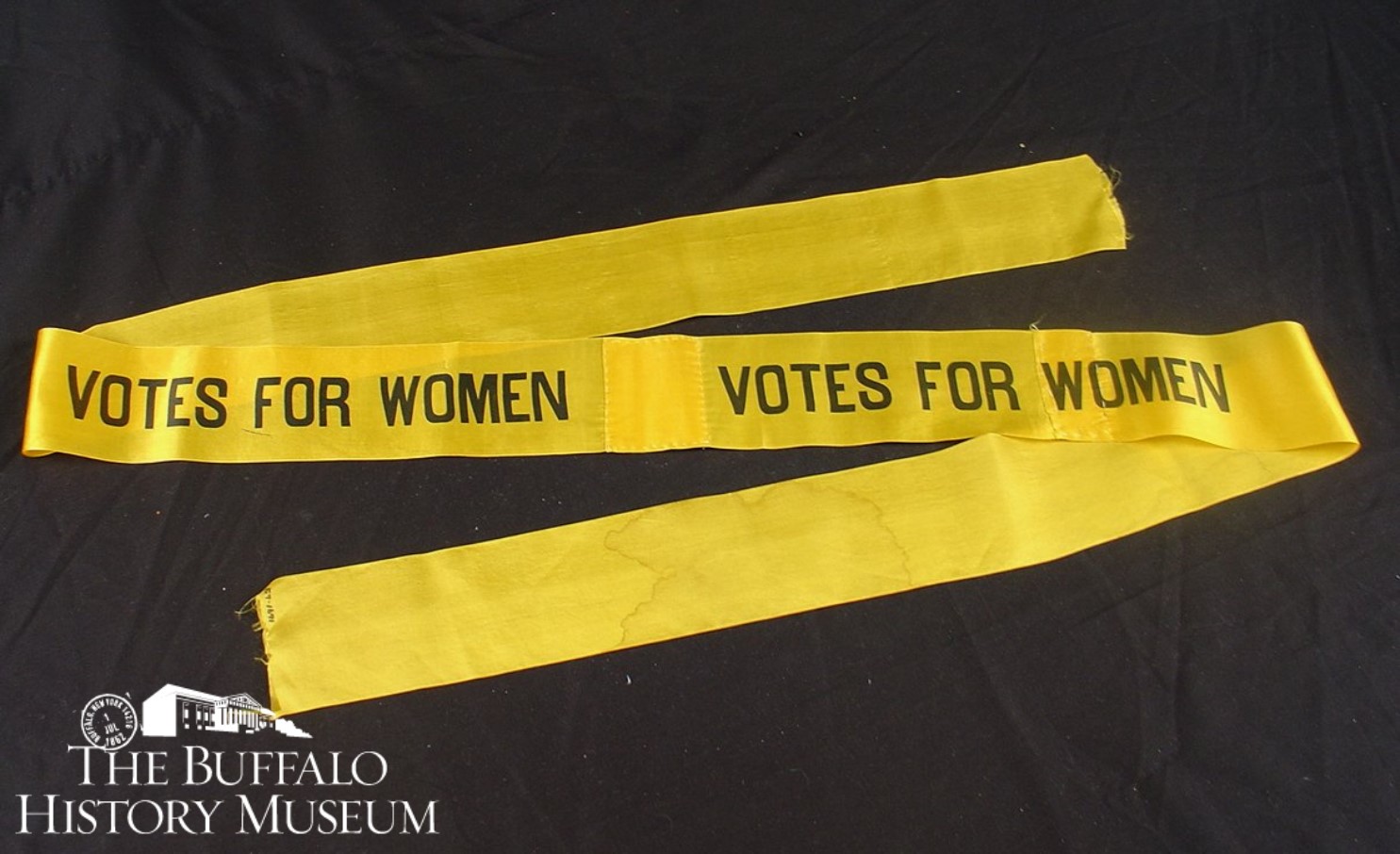 A yellow “Votes for Women” sash. After Kansas suffragists adopted the state symbol of the sunflower for a campaign in 1867, yellow became the symbolic color of the national women's suffrage movement and supporters were urged to "show their colors" by wearing yellow ribbons, buttons, and sashes 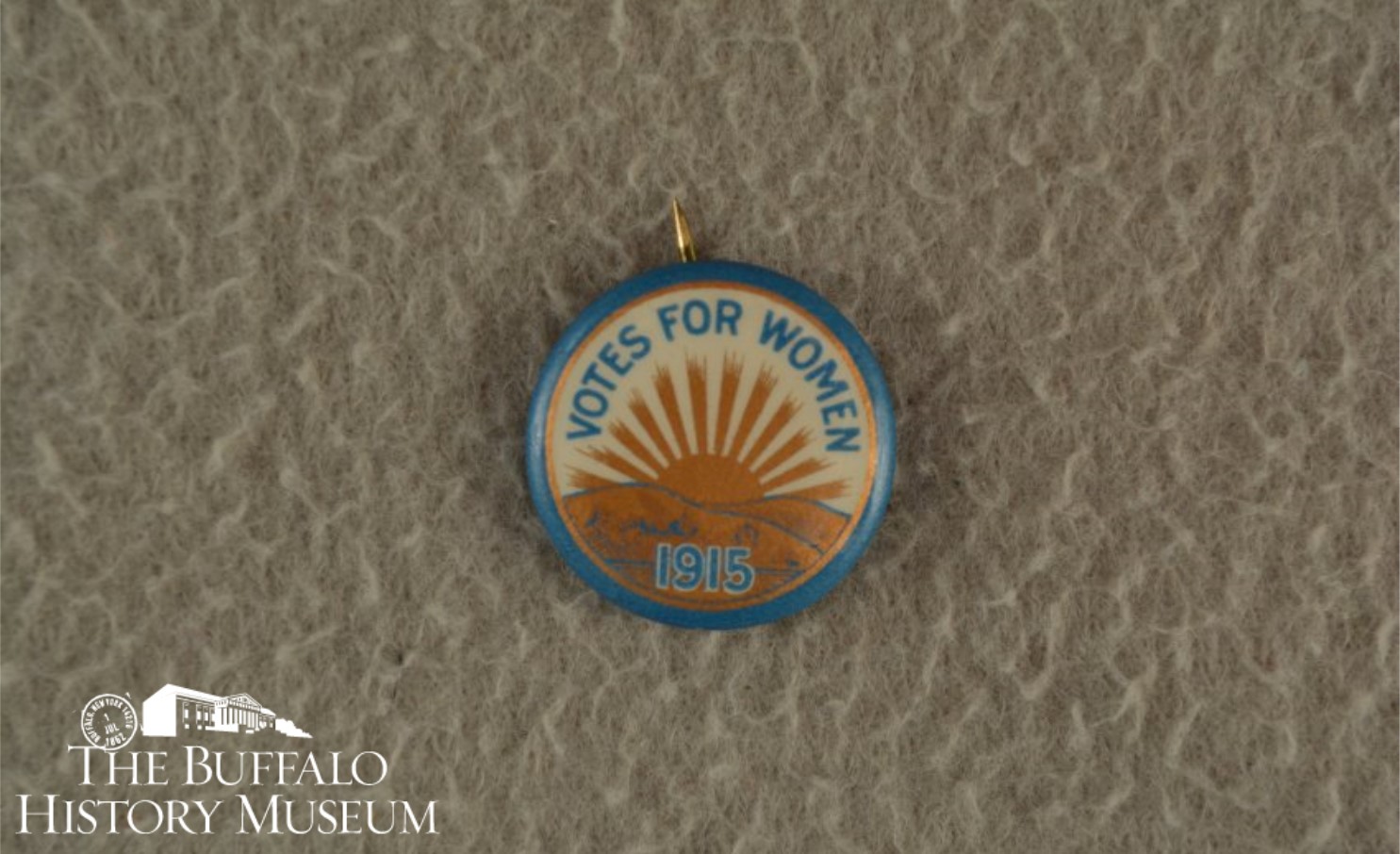 A suffrage pin supporting a proposed Amendment No. 2, which was on the ballot in New York State on November 2, 1915, as a legislatively referred constitutional amendment. This would have added women's suffrage to the NYS constitution, but it was not passed until 1917. 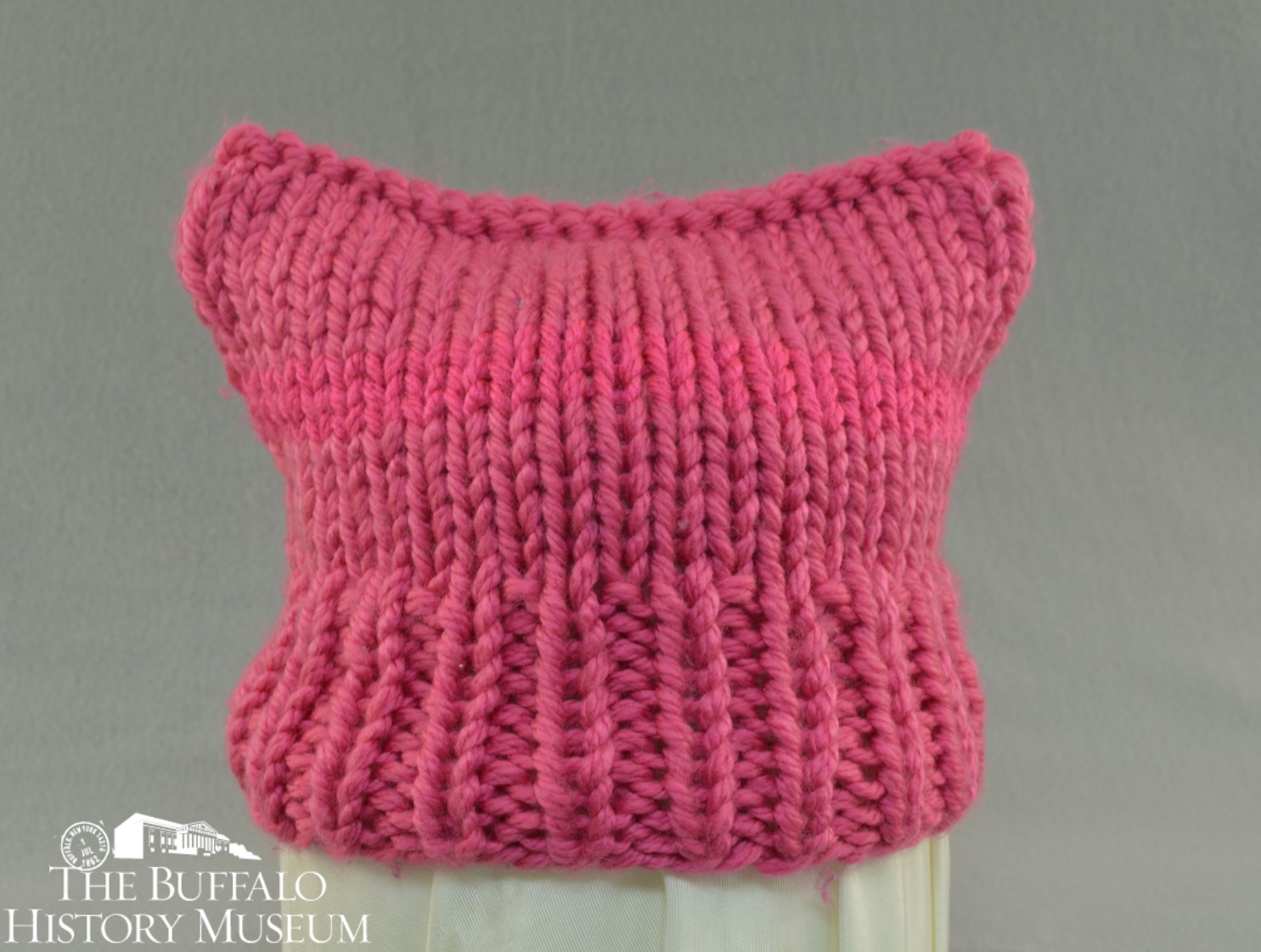 A pink crocheted hat, designed as part of the "Pussyhat Project" for the No Hate, No Mandate March and Rally that took place in Niagara Square on January 21, 2017. The hat was made by Courtney Scime and worn by Marchand (Shonnie) Finnegan and Michele Bewley at the Women's March. 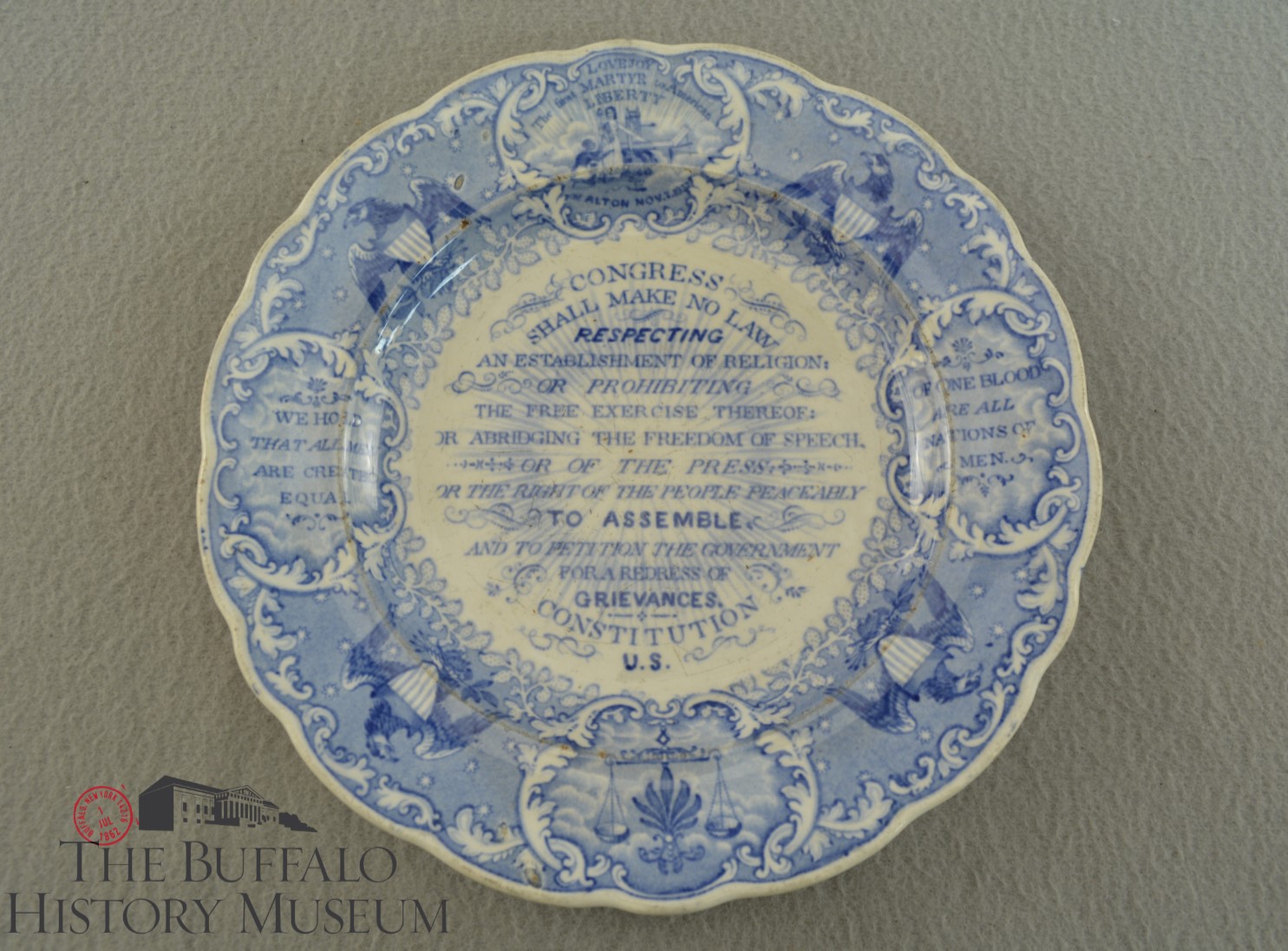 A plate commemorating Elijah Parish Lovejoy (1802-1837), an abolitionist, Presbyterian minister, and newspaper editor. Lovejoy was shot and killed when a pro-slavery mob attacked his printing warehouse in Alton, Illinois. 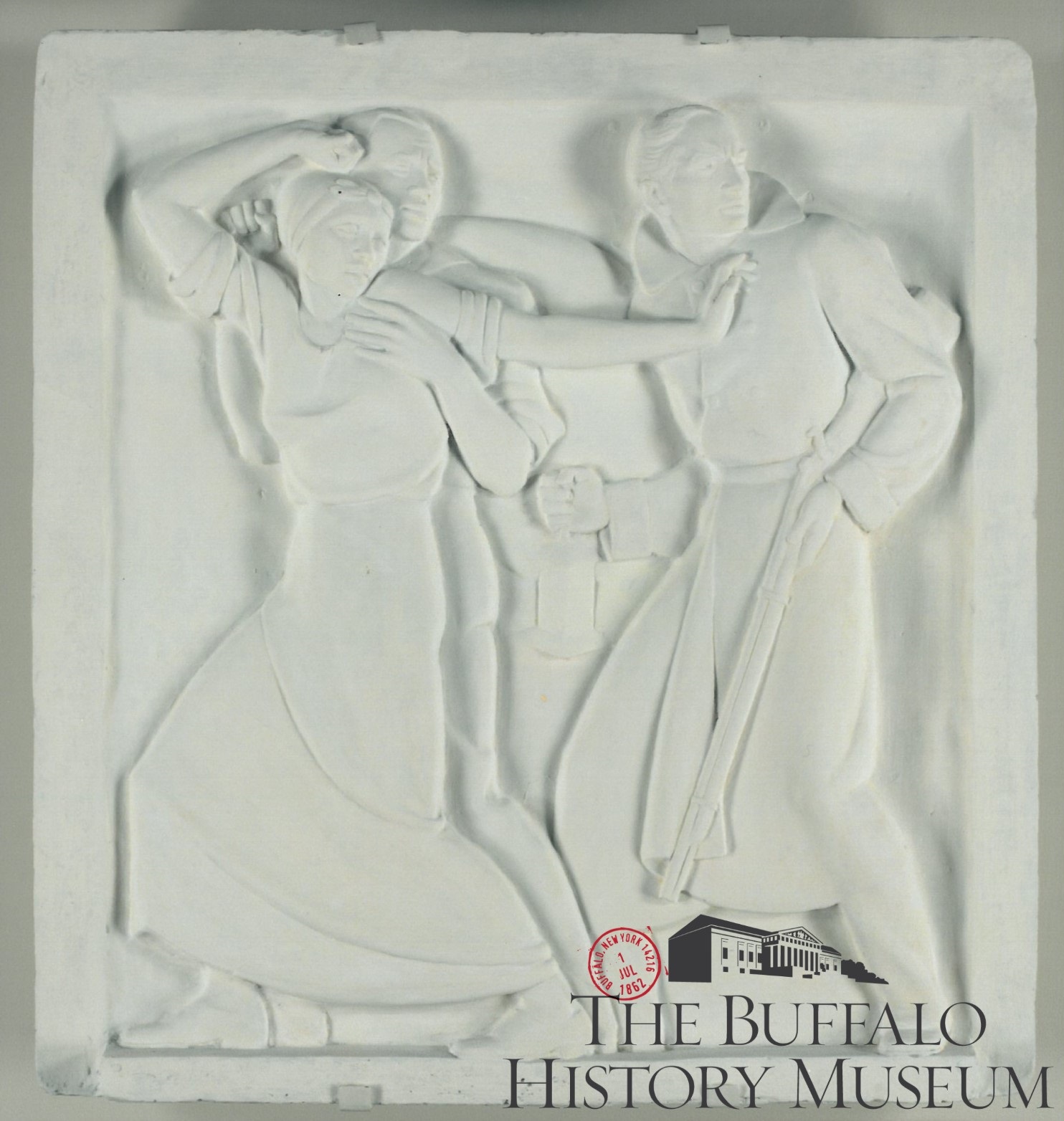 A plaster relief depicting the Underground Railroad which served as a model for the marble relief that was added to the Buffalo History Museum building during its expansion completed in 1929 and carved by Albert Walters. This is one of a series of 11 designed by Edmonds R. Amateis depicting important episodes in the history of Buffalo. 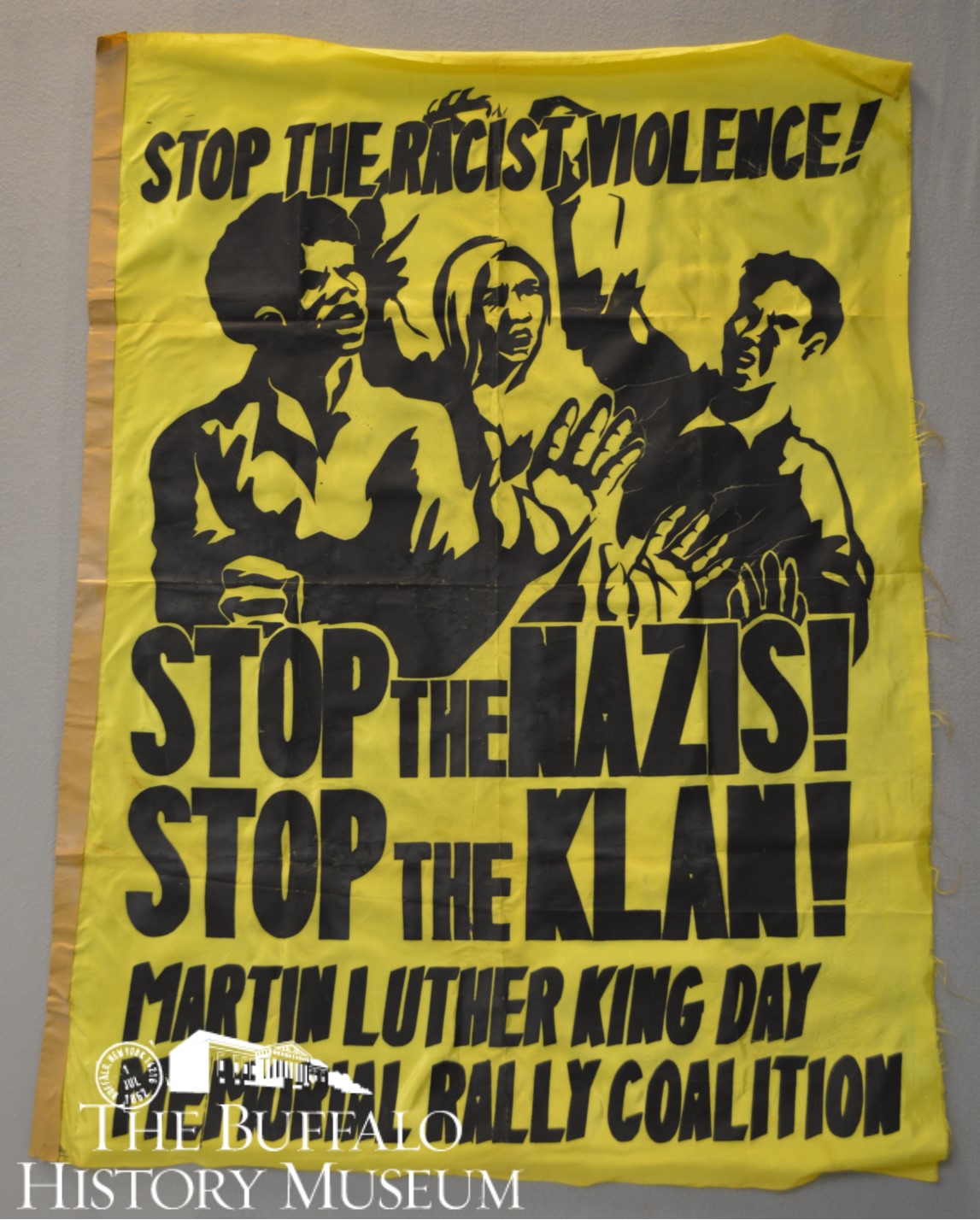 A yellow nylon banner used in a counter-rally on January 15, 1981 in Niagara Square. The counter-rally was protesting a neo-Nazi rally organized by Karl Hand, Jr. 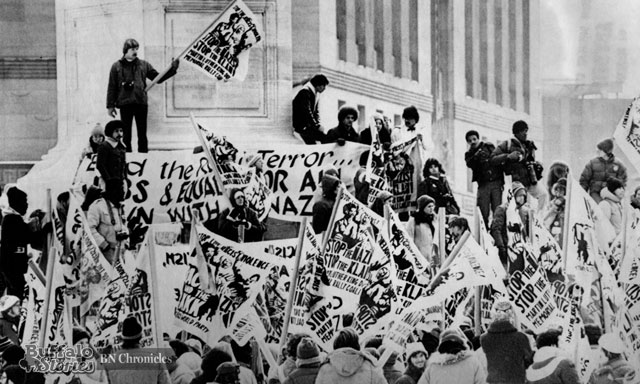 Image of a counter-rally protesting a neo-Nazi rally on January 15, 1981 in Niagara Square. Credit to Steve Cichon's collection at buffalostories.com.